Guernsey to add areas of British Isles to 'red list' 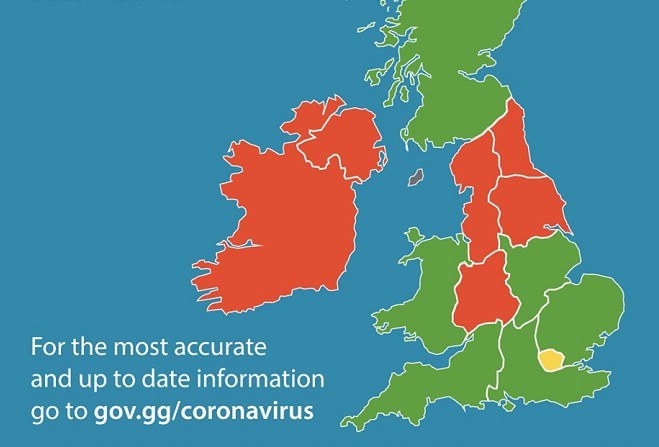 Designated 'regions of concern' for Covid-19

Guernsey has listed several areas of the British Isles as 'regions of concern' for risk of contracting Covid-19.

Unlike the Isle of Man, the Channel Island has different border rules for people travelling to and from different places - defined by groups A, B, and C.

It's been announced today that the Civil Contingencies Authority has been asked to consider introducing regional variations for travel, which would come into effect from next Tuesday (15 September).

In England, which is in 'Group B', the North East, North West, Yorkshire & The Humber and West Midlands are all on Guernsey's 'red list', along with Northern Ireland and the Republic of Ireland.

These areas will have a compulsory 14-day isolation period.

Other areas remain 'green' in Group B, including Scotland and Wales, and travellers from those regions can have an optional seven-day test similar to what we now have here.

The Isle of Man has been placed in its own 'grey' category during the air bridge, with no isolation requirements.