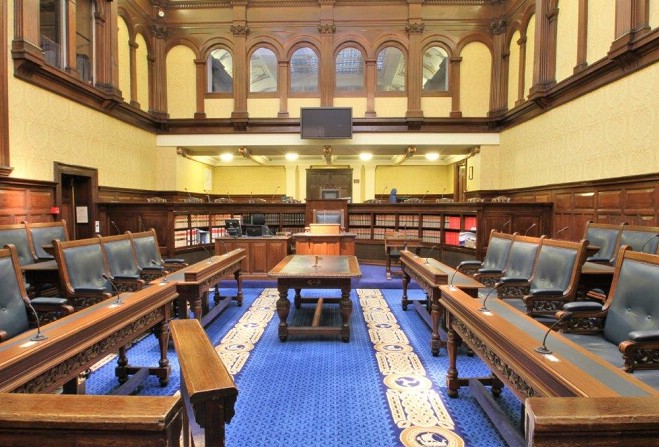 Tynwald will be asked to approve 26 recommendations for change within the Island's health service when the May sitting gets underway later this morning.

Sir Jonathan Michael's report is among the items on this month's order paper.

Treasury Minister Alfred Cannan wants Tynwald to accept the recommendations in the Independent Health and Social Care Review Final report, requiring the Council of Ministers to implement them.

The health service is set to be a recurring topic as the Public Accounts Committee will present its report into overspending at Noble's Hospital.

The climate emergency will also feature, with Garff member Daphne Caine seeking support for a motion stating the Government should allocate necessary resources to take urgent and significant action.

On the question paper, Chief Minister Howard Quayle will be asked to provide a statement on the climate change agenda, while Manx Utilities chairman Dr Alex Allinson faces queries about renewable energy and a sustainable generation tariff.

Members will also be asked to approve access zones prohibiting protests outside the hospital ahead of the introduction of abortion services on the Island later this week.

The sitting gets underway at 10.30am. You can follow coverage on Manx Radio's AM1368 frequency, at manxradio.com or via the smartphone apps.