Hosepipe ban in force on the Isle of Man 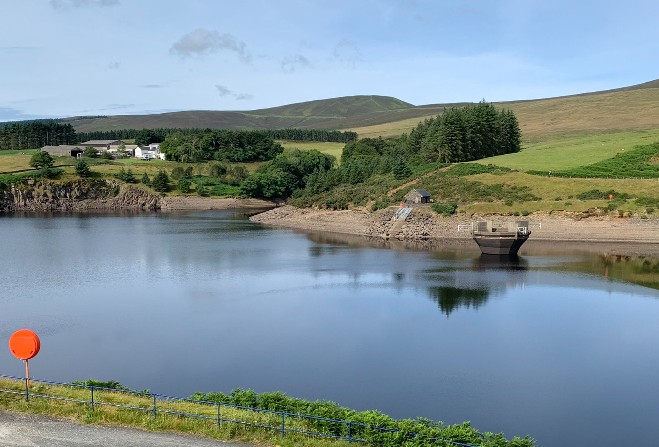 People urged to 'use water wisely'

People on the Isle of Man are being urged to ‘use water wisely’ to help protect drinking water supplies.

A hosepipe ban came into force at one minute past midnight – the first since 2020.

Manx Utilities has blamed the ban on an unusually dry spring with rainfall deficits in January, March, April and June.

This month’s rainfall is also already below average.

The authority says whilst its drought plan involves using the large volume of water in Sulby Reservoir - to supplement supplies - it cannot plan for very long periods of dry weather.

Rob Callister is the chair of Manx Utilities:

Under the Water Act 1991 the hosepipe ban prohibits people using their garden hose, sprinklers or pressure washers for things like watering their private gardens or washing vehicles.

Those convicted of doing so could receive a fine of up to £2,000.

But the rules don’t apply to businesses which can still use a hose if it’s directly linked to the use of water for commercial purposes – that’s things like car washes, gardeners and window cleaners.

So will it really affect you?

Manx Radio hit the streets to find out:

Manx Utilities is now asking people to consider whether it is ‘appropriate’ to use natural resources to fill hot tubs, paddling pools, ponds or water fountains.

One person who’s been measuring the impact the weather has been having is Ronaldsway Met Office forecaster Adrian Cowin.

He says it’s an important message for people to consider both now and in the future:

The hosepipe ban will be in place 24/7 until further notice.

Manx Utilities says whilst it can’t say for certain how long it will last it will need to remain in place until the Island receives significant rain fall and the reservoirs return to a healthy level.