House of Keys to go again at Landlord Registration Bill 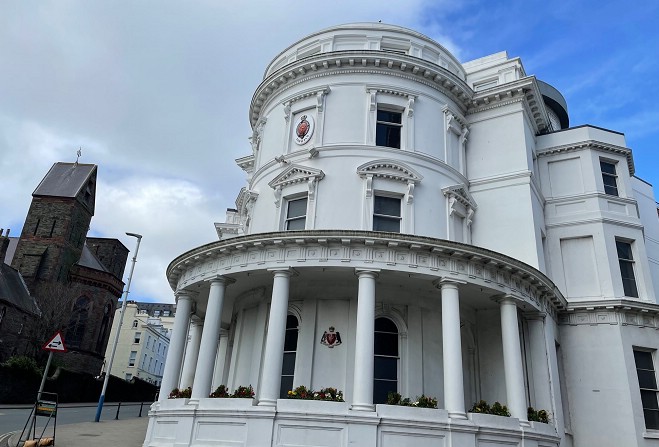 The House of Keys will meet for a third time tomorrow to discuss a bill to create a register of all private landlords and their properties.

Government says it's to allow for regulation of the sector to protect vulnerable tenants.

But the legislation has been pulled apart by some backbench MHKs, who've been trying to amend the bill to make it 'fit for purpose'.

Members will pick up where they left off at the end of last month, and come back to continue debating the fine detail of the landlord registration bill at the consideration of clauses stage.

It's gone through a huge number of changes already, with the whole house acknowledging it couldn't pass as first presented by the Department of Infrastructure.

Chris Robertshaw MHK has a motion to cut out an entire clause on the personal conduct requirements needed to be a registered as a private landlord.

It gives officers at the Department of Infrastructure power to block a person from the register if they've committed certain crimes.

But the DoI can also consider 'evidence which shows' a landlord has victimised or discriminated against another person, contrary to equalities law.

When the Keys is finished with the bill, it'll pass to the Legislative Council.

An MHK has warned it won't solve the issue of substandard homes, and says major investment is still needed to bring poor quality accommodation up to scratch.

An independent survey commissioned by DEFA last year found up to £70 million would be needed to improve the standard of homes in the private sectors, thousands of which are unfit and in need of repair.

The virtual sitting of the House of Keys will begin tomorrow following the sitting of Tynwald.