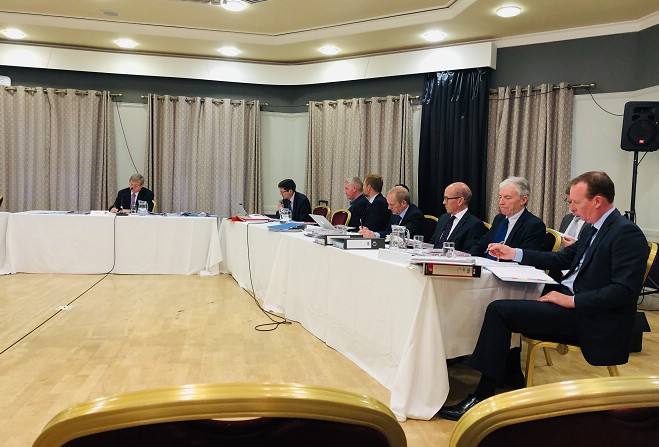 Villa Marina to host sessions for the next two weeks

Attempts to influence the future development of thousands of new homes in the Manx countryside began yesterday.

Developers, politicians and concerned citizens all took part in discussions during the first day of the public inquiry into the Eastern Area Plan.

The document, which if approved will zone land in the most populated part of the Island, is undergoing a two-week-long process of scrutiny.

The Cabinet Office's commitment to factor in 2,400 homes under the draft plan was criticised by some, who pointed to recent migration and population data.

However, the developers present were keen to stress that demand for new build properties was 'outstripping supply'.

The inquiry will continue until 27 September, after which Mr Hurley will produce a report on the draft plan, which could recommend that changes are made.

The next session begins this morning, with talks on subjects such as infrastructure, and the natural and built environment.

Dolling Mercer spoke to Local Democracy Reporter Ewan Gawne, who was at the inquiry's opening day: