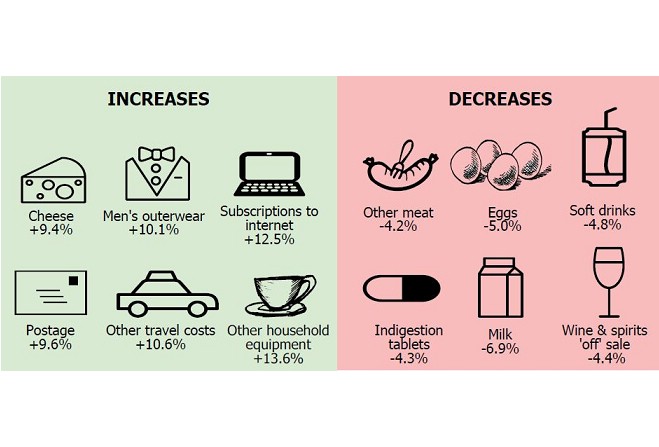 Inflation on the Island increased to 2.5% in August.

The figure, as measured by the Consumer Prices Index, was up from 2.1% in July.

Internet subscriptions was the largest single contributor to the overall rise, with a 12.5% increase to the end of August.

The majority of contributory factors were similar to the previous month's figures.

Other specifics categories showing significant rises included mens outerwear, up 10.1%, cheese up 9.4% and household equipment up 13.6%.

Some areas which have seen a decrease are milk down 6.9%, wine and spirits down 4.4%  - and particularly useful if you find the increase hard to stomach - indigestion tablets, down 4.3%

The figure as measured by the Retail Prices Index stands at 2.4%.