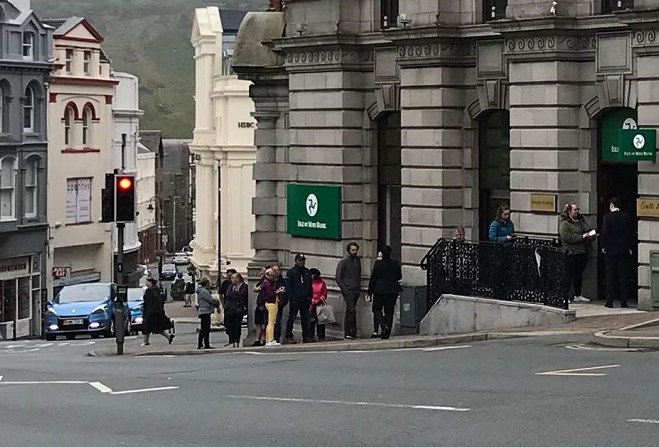 Social distancing measures are the end though

Isle of Man Bank has responded to calls for its Peel and Port Erin branches to reopen by saying both will remain closed for now.

It did however signal an end to social distancing measures from today (24 June), which had resulted in large queues forming outside facilities which were open.

The two Peel & Glenfaba MHKs have criticised the continued closure of the Peel and Port Erin branches, and called for a return to normal service.

In other changes, the bank on Regent Street will reopen next week, whilst at Athol Street, Ramsey and Castletown opening hours will be extended.

A spokesperson says it doesn't have the resources to open all branches right now, as staff have been re-deployed during the crisis to deal with requests for overdrafts, loans, and capital repayments.

IoM Bank has apologised for the continued closures, and says reopening are under constant review.