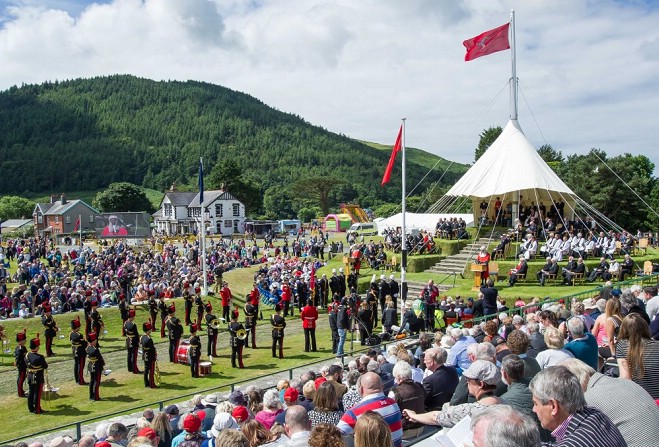 Crowds to gather at Tynwald Hill

It's Tynwald Day, and people all around the Island will be marking our national day.

The focus of the celebrations is the annual ceremony at Tynwald Hill in St John's.

Parliamentarians, civic leaders, invited dignitaries and the crowds will gather later, as the new laws are promulgated.

The event also takes in all the fun of the fair, with stalls selling local wares, and parades and entertainment taking place, including showcases of traditional Manx dance, language and culture.

The day's formal proceedings begin at 10.45am, when the participants in the parade gather ahead of the service in the Royal Chapel.

Once the service has taken place, Tynwald members leave and process over to Tynwald Hill, where the new laws are promulgated and read out in Manx and English.

A shipping theme is the influence for this year's celebrations, to reflect the Island's rich maritime history, tradition of welcoming people to our shores, and the vital role shipping plays in promoting the Isle of Man to a global audience.

Adding to the pageantry is the Guard of Honour which, this year, will be formed by the Grenadier Guards, in their distinctive scarlet tunics and bearskin caps.

The ancient ceremony also bears witness annually to an ancient form of protest.

Members of the public may present a 'Petition for Redress'.

Any member of Tynwald who picks one up may then request parliament consider its substance; this can ultimately lead to changes to the law.