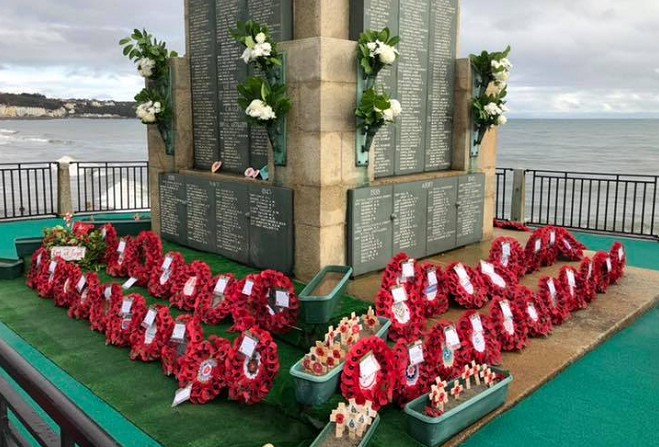 Services to remember those lost in conflicts

The Isle of Man will mark Remembrance Sunday today, to commemorate those who lost their lives in conflicts.

The Island's Lieutenant Governor will attend a service at the Onchan War Memorial and St Peter’s Church this morning from 9:30am, where a two minutes silence will be observed at 11am.

Later this afternoon Sir John Lorimer will attend the National Service of Remembrance at the Royal Chapel and National War Memorial in St John’s.

Similar events will be taking place across the Island, including in Ramsey where a wreath-laying and a silence at 11am.

In Castletown, a parade will leave the Town Hall at 9.40am for a 10am service in Arbory St Methodist Church. This followed by the laying of wreaths and silence at the war memorial at 11am.

Chris 'Charlie' Brown was an engineer in the Gulf War and now lives in the Isle of Man.

He says remembrance is a very personal thing:

Manx Radio will be live on Douglas Promenade from 10.45 this morning for the Act of Remembrance at the war memorial.

We’ll also have live coverage of the National Service of Remembrance at St John’s from just before 3 o’clock.

At Cathedral Isle of Man in Peel, the Royal British Legion Service of Remembrance takes place at 3pm