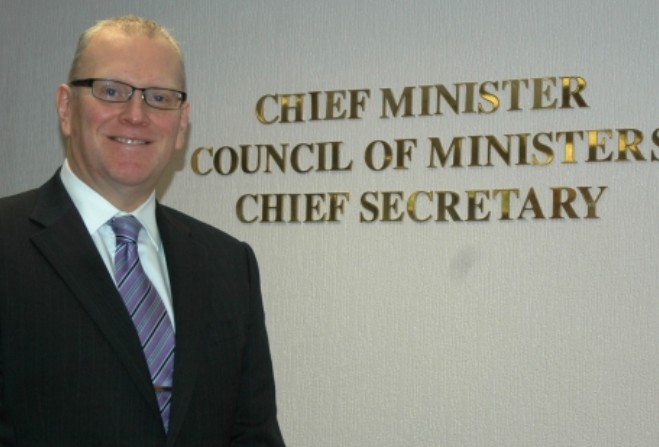 The Island's Chief Secretary has announced plans to bring forward his retirement.

Will Greenhow has been in the position for the last 12 years.

He moved to the Isle of Man in 1999, having worked in the UK’s Ministry of Defence.

A qualified Chartered Management Accountant, he was first Director of Finance and Research at the Home Affairs department before becoming its Chief Executive in 2003.

He took up the position of Chief Secretary in late 2010.

The Chief Secretary’s main role is to provide impartial policy and management advice to the Chief Minister, the Council of Ministers, the Lieutenant Governor, as well as leading the Isle of Man Public Service and the Cabinet Office.

“With the Island Plan, the Government has put in place an ambitious set of objectives for the next five years. I believe it is the right time for me to bring forward my retirement to allow the Chief Minister and his team to put in place new leadership to achieve the very best for the Island.

“I wish to take this opportunity to pay tribute to all of the public servants on the Island. Throughout my time here, they have constantly impressed me with their dedication and hard work. I am proud to have been a part of such a great team. I wish them well.”

Chief Minister, Alfred Cannan, has publicly thanked Mr Greenhow for his service to successive governments, and wished him all the best for the future.

The current Chief Financial Officer, Caldric Randall, will assume the role of Chief Secretary on an interim basis.