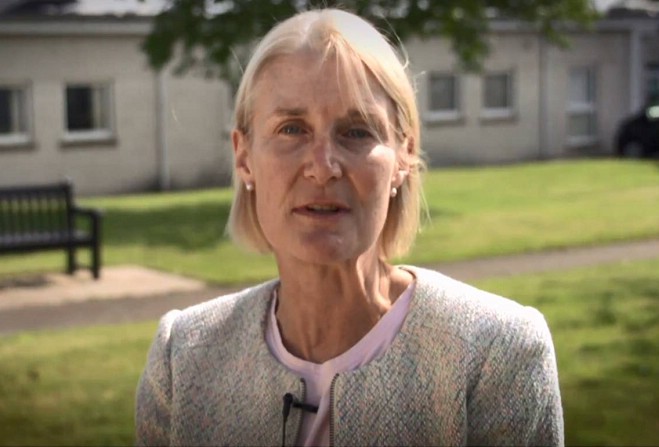 The Director of Public Health says current provision for victims of sexual assault is inadequate, but a case for an on-Island facility is making headway.

As a part of a potential new service, Dr Henrietta Ewart has been working jointly with the Constabulary and Home Affairs to build a case for specialist facilities for claimants.

Last week she visited Jersey to assess its Sexual Assault Referral Centre, a facility which has been operating for nearly a year. Prior to the SARC's creation, Dr Ewart says the situation there was very similar to the Island's.

From high-standard examination rooms to accommodating both children and adults, she believes maintaining hygiene in the environment is fundamental to the service.

'There is quite a lot to it, but we were able to see how Jersey are managing to deliver that and there is a lot for us to learn.'

It comes after the Chief Constable's Annual Report identified sexual assault as the most severe type of crime on the Isle of Man.

Currently, for some cases, alleged victims of sexual assault have to be flown off Island to receive specialist forensic services, something Gary Roberts admits is controversial.

A year ago, Dr Ewart was instrumental in devising a report which was  submitted to the Social and Children's committee in Tynwald, identifying a need for a strengthening of provision.

'Public Health undertook a review with the police for people who experienced sexual assault both historic and recent, and we found that current provision on Island is not optimal in a number of respects and needed improving.'

As a result, the CoMin sub-committee then tasked the authors to take it forward and develop plans for implementing the potential service.

Following the visit to Jersey, Dr Ewart now feels progress is being made with the SARC project for the Island.

'Myself and my police colleague who are leading on this piece of work, are now in the process of pulling a paper together to take to the Chief Constable and the Chief Executives of the Department of Home Affairs and Health and Social Care in order to put forward a proposal and seek approval to take it forward.'

She welcomes cross-departmental collaboration in this area and emphasises although Public Health doesn't manage or deliver services, Dr Ewart affirms it is the expertise of the Directorate that develops 'evidence-based specifications' for the service.

'It is unusual as it is our first joint project, however we are all committed to it being the first of many because there are so many issues around health, well-being, public protection where there is a natural synergy between the Constabulary and Public Health.'

Dr Ewart wants to ensure that the SARC proposed for the Island is embedded into a number of areas that concern not only health but social care, so that people can seamlessly move through the services as they require.

'One of the real strengths of doing it as a joint piece of work is that people who've experienced sexual assault need to be able to be offered referral into other pathways and that might be around sexual health services more generally, to give them specialist treatment of any STI that may have resulted.

'They may need specialist support in terms of contraception and in the worse case scenario, potential termination of pregnancy. They may have psychological trauma which may need counselling possibly in the short term or in the longer term and may go beyond that into more specialist mental health needs.'

Upon agreeing the direction of travel of the Island's prospective SARC, investment along with the appropriate premises, arrangement for the forensic doctors, on-Island employment crisis workers and independent sexual violence advisors will all be necessary.

'We have to be realistic and it will take time to get all those bits of the jigsaw in place but with luck and a following wind we should be able to get this set up over the coming year.'