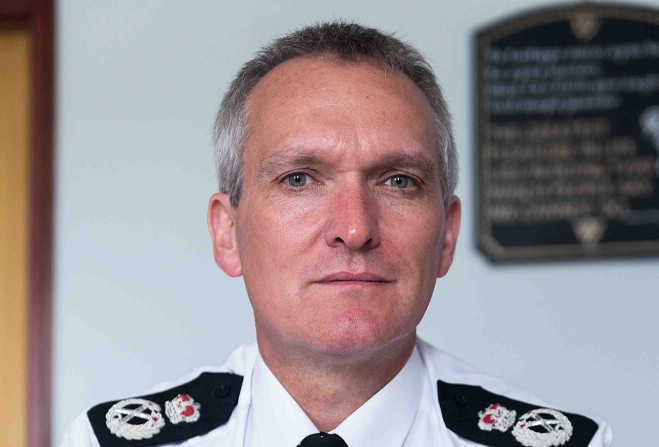 There is "controversy" over the current process of handling alleged victims of sexual assault on the Island, according to the Chief Constable.

Gary Roberts told Manx Radio the police procedure is not perhaps what people perceive it to be, nor what the Constabulary wants it to be.

Currently in some cases, alleged victims of a sexual offence travel to the UK for examination, 'particularly so for children' says Mr Roberts.

'This is where it becomes tricky in a small jurisdiction; the throughput of cases is low for a professional to maintain their professional status. We want to make sure that young people get the best possible service and that often involves them being taken away, because they will then see experts.'

The comments come after the release of his Annual Report, which identified sexual offences as being the most harmful, of any type of crime to the Island. It's part of a new approach by the police to assess crime levels based not simply on numbers, but on their severity.

Alongside burglary, theft and drug-related crimes, among others, it is sexual offences that occupied 38% of the 'severe' category in 2016. That has now jumped to 47% in the most recent findings.

'There's a professor called Lawrence Sherman at the University of Cambridge who's been a lead on this. He and others have produced a diagnostic tool that assesses the impact crime has on a community. We've taken that and adapted it to the Isle of Man.

'There is a lot of sexual offending and a lot of non-recent sexual cases that have come to light and they have significant and long-lasting impacts on people.'

In his report, the Chief Constable put 'adverse childhood experiences' at the core of his vision for the Isle of Man Police.

'Sexual assaults on children can a have life-lasting impact and so how we deal with that is important.'

Mr Roberts welcomed the proposal of what he called a "major development", to create a Sexual Assault Referral Centre on-Island in the new year, dependent on securing the necessary funding.

'We want a Sexual Assault Referral Centre because what that means is victims of an assault, in one place, can get medical support, have access to counselling and, if they want it, access to the police to report it as a crime.'

At present the Constabulary who has five officers dealing with 30-40 cases at a time, has full responsibility for sexual assault referrals, however, a business case is being drawn up to enable a joint service with Public Health.