Keys have eleven questions for Ministers 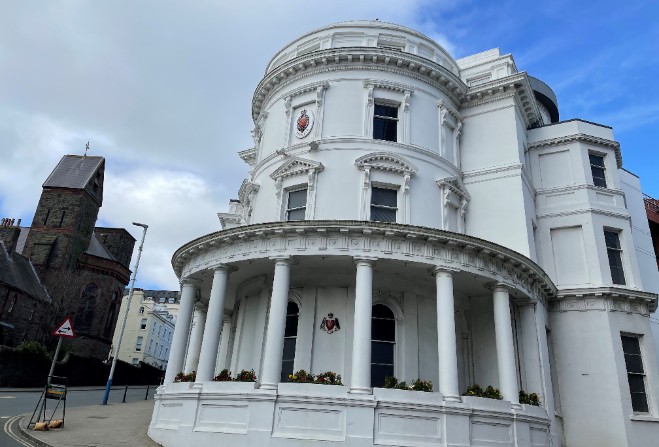 Russian sanctions and TT signage among issues to be raised

Keys members have a list of eleven questions in their session this morning before going onto other business.

They range from the value of frozen Russian assets to any plans to recognise the success of FC Isle of Man.

That last question is one of four from Arbory, Castletown and Malew MHK Jason Moorhouse.

They start with whether there's any capacity for developments of national significance to take place outside of the planning system - he's referring to section 45A of the Town and Country Planning Act.

He'll also ask if any more signage is planned for Douglas Promenade, while Douglas East MHK Joney Faragher has concerns about visibility at some of the prom junctions:

Chris Thomas asks about the legal basis with which certain information is collected from Steam Packet customers.

He also has a series of inquiries about government investments and reserves.

After questions Keys will return to a motion about the prayers debate to end off their session.

The House of Keys start their session at 10 this morning ( Tuesday, 10 May)