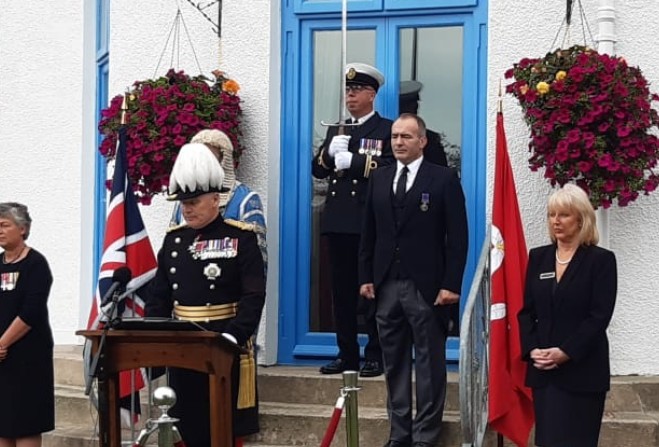 The title automatically passed to The King on his accession

His Majesty King Charles III has been proclaimed Lord of Mann.

The proclamation was read by His Excellency Lieutenant Governor Sir John Lorimer during a ceremony at Government House in Onchan this afternoon (11 September).

A second proclamation ceremony will be held on Friday, 16 September at 11am at Tynwald Hill in St John's, the ancient seat of the Kings and Lords of Mann.

It will be based on the one held there in 1952 to proclaim Her Majesty Queen Elizabeth II and will be similar to the normal Tynwald Day ceremony.

After this, a resolution of loyalty and condolence will be put before a sitting of Tynwald Court in the Royal Chapel.

Members of the public are welcome to witness the proceedings on Tynwald Hill, with sound amplification put in place as far as possible.

Manx Radio is also broadcasting the event live, and it will be streamed online.