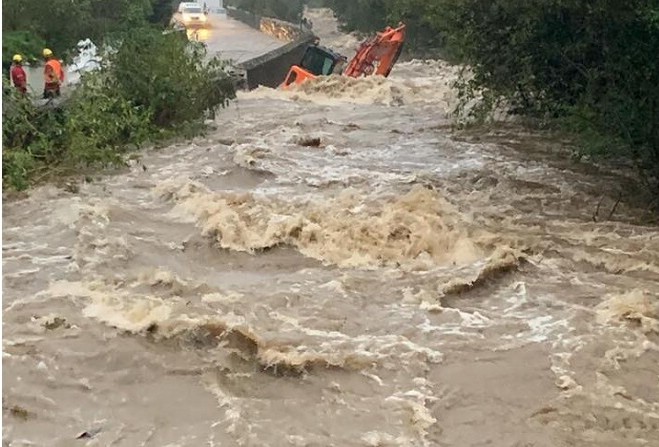 The major flooding which struck Laxey earlier this week could've been avoided, according to the chairman of Garff Commissioners.

Jamie Smith admits the authority is frustrated with the lack of preventative action from central government, and will continue to push to ensure the village is protected in future.

The local authority had drawn Manx Utilities' attention to a substantial build up of trees further upstream last year, but it's understood these weren't removed.

In the wake of the major weather event, emergency services and volunteers have been helping residents salvage possessions and remove damaged furniture.

Trees and other material swept into the river during the flooding has now been removed, as well as the concrete structure on top of the Manx Electric Railway weir.

The breaches in the wall along Glen Road have been shored up with temporary barricades, whilst a community liaison officer will be appointed to offer support to those affected, and signpost them to the relevant agencies.

In a statement, government says it's looking for a long term solution for the village, and plans for a sea wall and harbour will be reviewed in light of the recent flood.