'Lessons to be learned' after 'tragic case of Mr H' 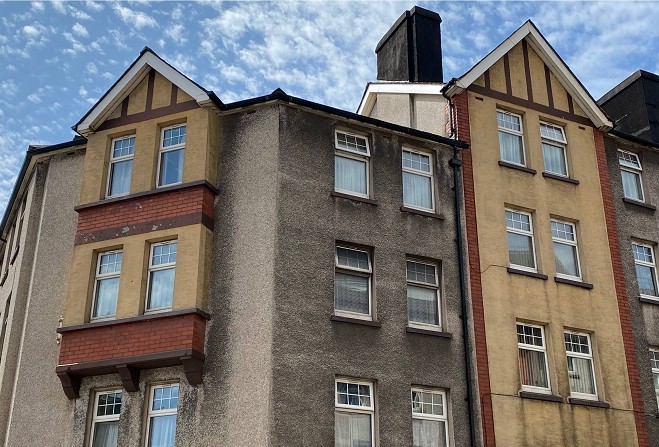 In 2018, a former tenant living in social housing was evicted for rent arrears of £300. Eight months later, 'Mr H', as he is known, was found dead in his privately-rented flat.

The eviction and subsequent death prompted the Island's first serious adult case review commissioned by the Safeguarding Board.

According to its independent chair, the board asks for these reports when a vulnerable person has died and there's concern about the actions of agencies they had contact with.

Given this criteria was met in the case of Mr H, 'it means there are lessons to be learned', explained Glenys Johnston OBE.

'It's very important people understand these reviews are not investigations. They're not concerned with disciplinary matters or criminal matters.

'This is about learning to make real differences.'

And Mrs Johnston says within a year, 'we'll be able to directly link the contribution of this to improvement.'

Prior to the death of 'Mr H', the review highlighted 'a lack of coordination' and confusion over data sharing among the government's agencies and his social housing provider.

It says his eviction from his local authority flat had 'an impact on his well-being', with the 'poor state' of his former home signifying his 'inability to care for himself.'

Health and social care services which had been aware of 'Mr H' for 16 years, 'proactively exchanged' his information securing his consent to do so.

But the review states there was a 'marked difference' in his local authority's approach to data sharing.

It said the housing provider did not seek his permission to share his information during the eviction process 'at any time'.

Douglas Borough Council, which has 2,500 homes in the capital, declined to comment when approached about the review's findings.

The Department of Infrastructure, which sets the housing guidelines for all local authorities, has been working to address issues surrounding evictions, prior to and as a direct consequence of the review.

She argues many housing officers already venture into the territory of a social worker, despite the review calling for risk and needs assessments, tenant profiles and further work on signposting for support.

'To improve the relationships between social housing providers and their tenants', the review suggests a training programme by September 2020, which should be 'refreshed on a regular basis.'

Ms Edge says this is 'certainly something we need to take from the report' to ensure housing officers at local authorities 'are better supported.'

Health and Social Care Minister David Ashford has called the case of Mr H 'tragic' and hopes the recommendations by the Safeguarding Board will 'stop repeats'.

A failing that was highlighted was the 'reluctance' around GDPR, but Mr Ashford says the law is there to enable information sharing, not prevent it.

'Where it is in the interest of the individual to do so, particularly around their health and well-being, it is important that agencies do share that, so it doesn't become a block on ensuring that people get the right help, at the right place, at the right time.'

The chief executive at Onchan District Commissioners, Linda Radcliffe, who was the Chief Nurse at DHSC, believes the report highlights a need for 'greater partnership in relation to the safeguarding agenda'.

'I think there's been a recognition across local authorities that there's been in the past, elements of vacuum.

'What you need is a clear pathway of what happens, when a recognised vulnerable person is sent to prison and they're in social housing then we should be informed.'

This should involve all services including the third sector 'from the very start', according to Mrs Radcliffe.

The use of 'multi-agency case conferences' is advised in the review, which would be brought on by a shared flagging process to identify any potential safeguarding concerns.

'But we're never informed', says Onchan's chief executive,  'we've got to rely on our officers seeing in it in the newspaper or hear it on the radio.'

The 10-page document sets out a number of recommendations which aim to protect the vulnerable and ensure effective shared working amongst the relevant agencies and the third sector.

Along with a Landlord Registration Bill, the review proposed the introduction of a Homelessness Bill because, 'the lack of affordable housing is putting higher numbers of people at risk.'

Michael Manning, who founded the charity Graih over a decade ago, says the the passing of such legislation would make 'a phenomenal difference'.

'It's becoming increasingly apparent that we need a statutory framework that gives priority to some of the most vulnerable on our Island.

'Legislation is not a panacea, but it's an important symbol about what we value and what we think is worth spending our legislative time and effort on.'