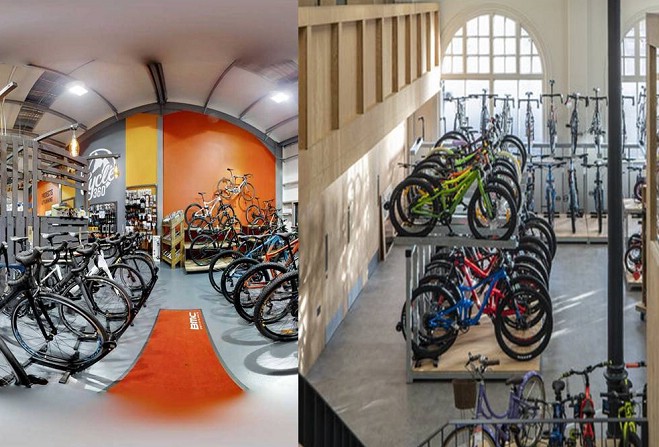 Manx bike shops say they're stuggling to keep up with demand, after lockdown created a 'massive spike' in sales.

One retailer has sold out of entry-level bikes, while another has seen the sale of eBikes quadruple.

Managing Director at Cycle360 Mark Horsthius says the electric, pedal-assisted bikes have been especially popular because 'they suit everybody.'

'We've seen a massive swing towards eBikes over the last three months and we're selling them to people who haven't ridden in 20 years.

'It's an accessible and easy form of exercise that the government has recommended.

'But I think also,  we're very fortunate to have some fantastic trials and great plantations that really encourage people to get out and explore.'

The Manx government's initial response to Covid-19 forced many businesses to close.

However, along with supermarkets, pharmacies and banks, bike stores remained open after they were classed as 'essential' shops.

Mr Horsthuis says the good weather over lockdown and access to the countryside 'pushed people towards bikes'.

'It's been great to ride around and see many people on their bikes who're feeling confident to ride on the road, because that is a massive barrier to entry; traffic and an inhospitable environment.'

Prior to the outbreak, Gavin Quayle at Douglas-based Bikestyle says the industry 'panicked' and 'expected the worst'.

'Then Boris [Johnson] turned round and said bike shops are allowed to stay open and as soon as he said that, it was like a Roman candle going off and the sales went up through the roof.

'We've been overwhelmed and struggling to keep up to be honest.'

The retailer has also been open for bicycle repairs, with its mechanics fully booked up until the end of June, according Mr Quayle.

Both shop owners agree that the Island's safer road conditions has given people the confidence to get on their bikes.

Traffic levels dropped by 70% during total lockdown according to official government figures, with many Islanders working from home.

And as social restrictions begin to ease , traffic is reported to be at 50% its normal level.

At a government media briefing last week, the infrastructure minister described the Island's roads as 'safer' with a national temporary speed limit of 40 mph in place.

The 'pleasant environment', according to Ray Harmer, has encouraged people to walk and cycle to work and for exercise.

'As a society, we need these changes.

'We are actively considering ways to support those wishing to make smart decisions and travel actively.

'This includes allocating more road space to walkers and cyclists,' he said.

With the summer months still ahead, Mr Quayle says the effect of the pandemic has started a 'big cultural shift'.

'Hopefully, the fact that there is so many on the roads, it's making other motorists think about them and be perhaps be more considerate to cyclists.'