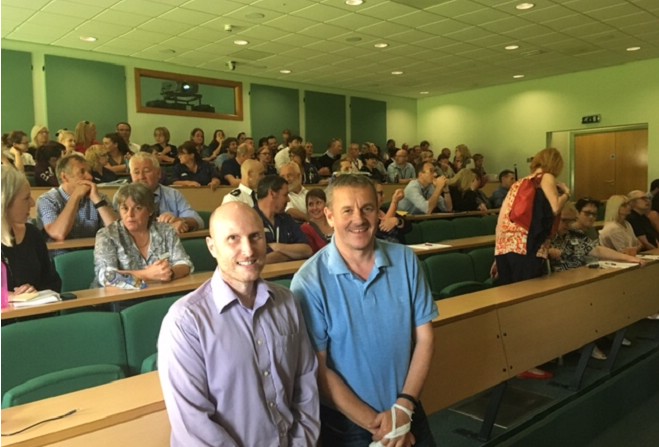 Hospital staff have been praised for their response to major incident training.

Over 120 Noble's employees took part in an exercise aimed at stress-testing their ability to deal with disaster on the Isle of Man yesterday (Wed).

The scenario: A fairground ride crashes on Douglas Promenade on Mad Sunday - over 60 casualties, with varying degrees of severity brought in for treatment.

Staff were asked to ready themselves for a large influx of patients.

Other jobs ranged from co-coordinators and runners, to porters, and housekeeping.

He was tasked to help facilitate the session:

Representatives from the police and fire service were also there to observe - joined by clinical manager for the Isle of Man Ambulance Service, Steve Crowe.

Participants say the experience was invaluable.