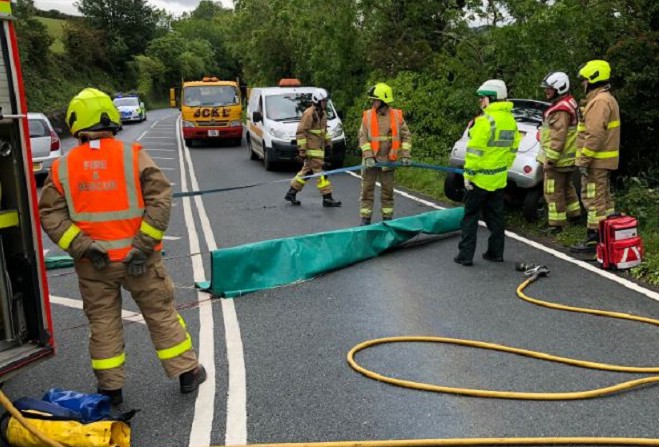 Police say the road between Santon and the Blackboards has reopened following a crash.

It happened at the Blackboards at around 10am and involved two vehicles.

Castletown crews helped get one of the vehicles back on the road using a mechanical winch, after it had ended up in a precarious position, teetering on the edge of the carriageway.

Once the vehicle was righted, its occupants were treated by paramedics for minor injuries.

Meanwhile a separate diesel spill - which had affected the New Castletown Road from Anagh Coar to Balthane in Ballasalla - has also been dealt with.