Manannan to return to service tonight 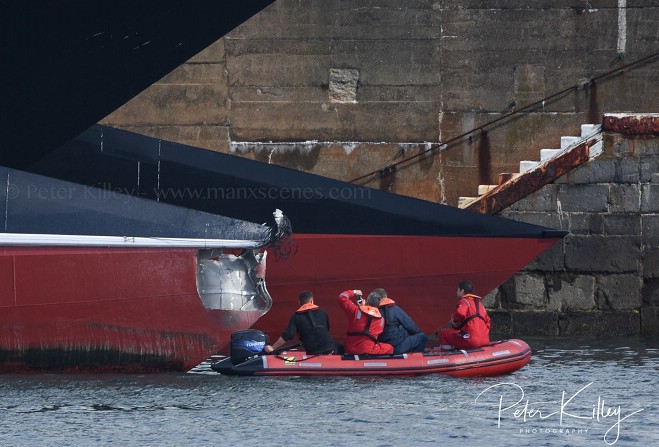 The Steam Packet says work to repair the vessel should be completed early this afternoon, and following approval by the Isle of Man Ship Registry surveyors, the Manannan will set sail for Liverpool at the revised time of 8pm.

Passengers are asked to check in no later than 7pm.

The return sailing from Liverpool is now scheduled for departure at 12.30am tomorrow morning with a check-in time of no later than 11pm.

The Manannan is expected to return to its normal schedule tomorrow (Sat) and Ben-my-Chree sailings are operating as normal.

The freighter Clipper Ranger will be brought in to operate an extra sailing tonight (Fri) to create space for passenger vehicles on the Ben-my-Chree's service which departs Heysham at 2.15am tomorrow (Sat)

The Steam Packet is apologising for any inconvenience caused by the accident, the cause of which is still under investigation.