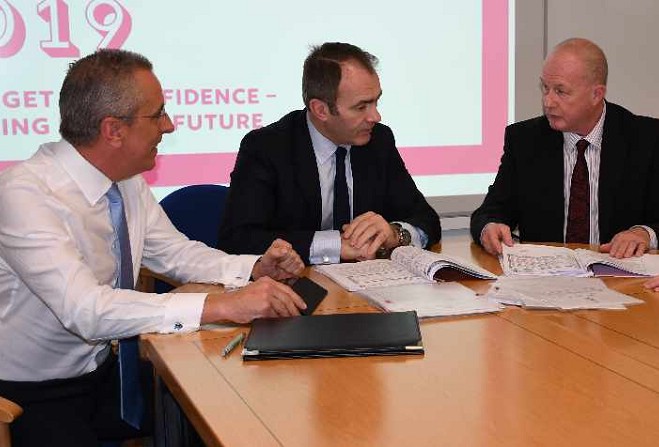 The headline changes from the 2019/20 Manx Budget include:

• Introduction of a National Insurance Holiday Scheme for employees who move to the Island for work and Manx students who return to the Island to work after completing their UK university courses.

• A five-year capital investment programme of £479 million, including a Douglas promenade walkway, facilitation works to develop the Isle of Man Ferry Terminal in Liverpool and an initiative to support the development of Jurby, a new telecoms strategy and a new landfill facility for problematic waste.

• Revision to the Enterprise Development Scheme to open it to a wider range of applicants. A total of £9 million will be available to focus on job creation and strengthen the requirement for co-investment.

• £2 million set aside from the Economic Development Fund to develop the Airport Technology Gateway, which will see the creation of a landscaped business park at the airport.

• Funds of £1.5 million ring-fenced for a revised student awards scheme, to support people who return to the Island after their studies.

• Sugar tax to be introduced from April 2019 expected to raise around £300,000, which will be ring-fenced to be used by the Department of Health and Social Care.

• Agriculture and Forestry Fund to be topped up with £1m per year for three years, to support the operation of the Meat Plant if required.

• Additional funding of £350k in 2019/20 (with additional funding in future years) made available to the Department of Environment, Food & Agriculture to deliver a modified Agriculture Development Scheme with increased emphasis on environmental priorities, sustainable food production and increased investment in modern infrastructure.

• New Community Fund to be established to fund-match community projects which support the Island's UNESCO biosphere status. The £250,000 fund will be managed by the Manx Lottery Trust.

• A top up of £1 million for the Brexit Fund to £2.5 million, for the continued negotiations arising from the UK’s departure from the EU.