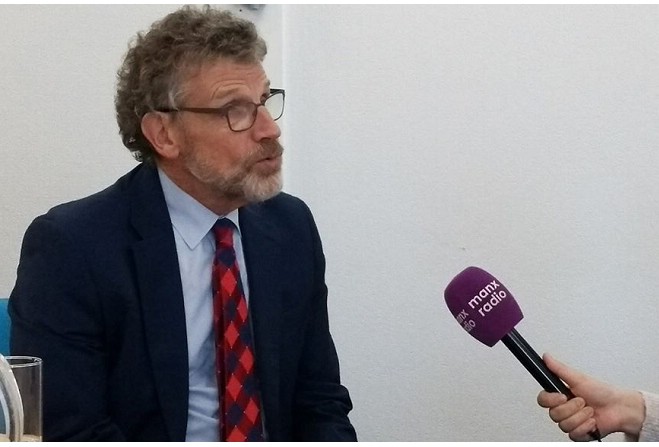 Move welcomed for the 'maturest democracy in the world'

A citizens' forum will 'speed up' the decision making that combats the climate crisis, according to a government advisor.

In a first for the Isle of Man, the proposal will be laid before Tynwald this month, to set up a body for the public to actively influence the Island's climate policies.

It forms part of the government's first 'progress report' which outlines its ambitions to be a zero carbon nation within the next 30 years.

Professor James Curran, who was behind an independent climate report for the Island, says a citizens' forum is a 'fantastic' move for the 'maturest democracy in the world.'

'One essential component is that the forum is well plugged-in to the decision making,' he said.

'So it's not just a talking shop, it has real influence on what happens in the future.

'It supports arriving at the best solutions that are tailored to what people, business, the economy and the environment would benefit from most on the Isle of Man.'

There will be 36 places in the Manx citizens' forum; 12 will filled by invitation, 12 by application and 12 will be randomly selected, similar to jury service, from the electoral register.

It is designed to provide a 'community perspective' by being representative of the Island's population.

'[Climate change] is not a niche environmental topic' it states in the forum's terms of reference, 'but something everyone in our community needs to engage with.'

Should it be created, it would follow in the footsteps of other governments in the British Isles who have sought the direct input of the public on climate action.

In January this year, the UK held the first meeting of its newly formed climate assembly which was attended by one-hundred and ten people over the course of six weekends.

It was tasked with deciding on a set of recommendations for how the British government can reach its target of net-zero emissions by 2050.

Meanwhile in Jersey, in February its parliament approved the creation of its own assembly to form part of a climate action plan of reaching carbon neutrality by 2030.

Recruitment for the Manx citizen forum will begin next month with a view of holding its inaugural meeting in autumn.