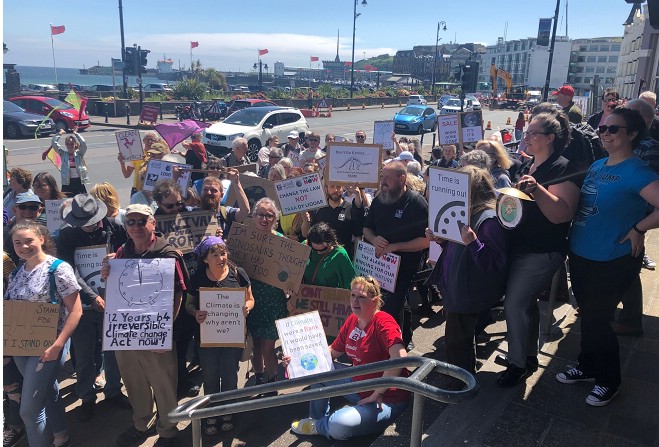 Tynwald has 'fumbled an opportunity' during the climate emergency vote at this month's sitting, according to a lobbying group.

The Isle of Man Climate Change Coalition welcomes the declaration made by both houses, however it believes the government is still failing to provide 'clear leadership'.

It will see the appointment of an independent chair to establish how the Island can play its role in mitigating the effects of global overheating.

Though the move has been met with criticism by the coalition, a group which is made up of 20 organisations including Friends of the Earth and the Manx Wildlife Trust.

It claims the motion is not the meaningful action that was mandated for in the recent climate consulation and that expert advice is already available in the form of the IPCC, a UN body of scientists.

The commitment made by Tynwald, it says, 'falls short of the obvious and firm commitment' to emissions reductions this debate was 'crying out for'.