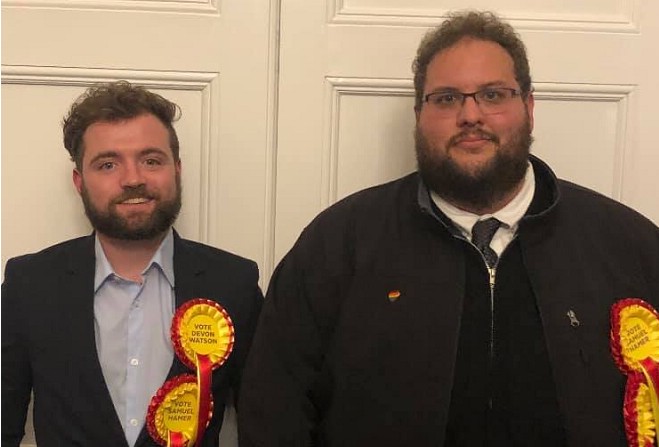 Devon Watson and Samuel Hamer have been elected to serve Douglas Council on a hugely successful night for the Manx Labour party.

The pair will now represent the Derby Ward constituency until 1 May next year after receiving more than 50 per cent of all votes cast.

Turnout for the by-election was just 19.6 per cent with Mr Watson declared the outright winner by more than 50 votes.

An independent inquiry will be carried out after a complaint was made regarding one of the ballot boxes not being properly sealed.

However, the complainant was heard saying he didn't feel it "had any effect on the result".