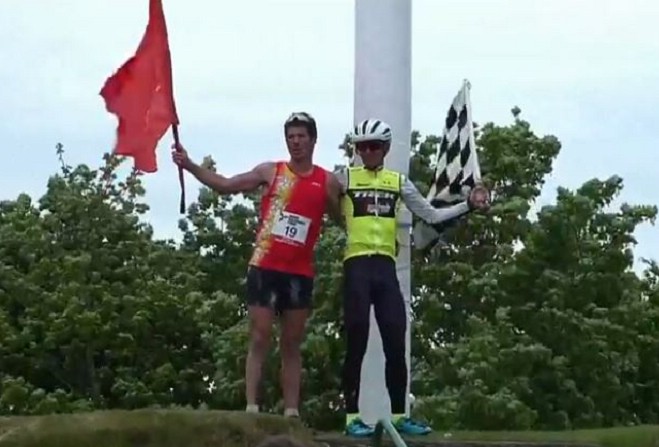 Varley on more than £82k for MSF and still going up

The local runner has successfully completed 19 marathons in as many days, finishing at Tynwald Hill last night.

He surpassed his fundraising target for the Manx Solidarity Fund more than four times, with the last count at more than £82,000.