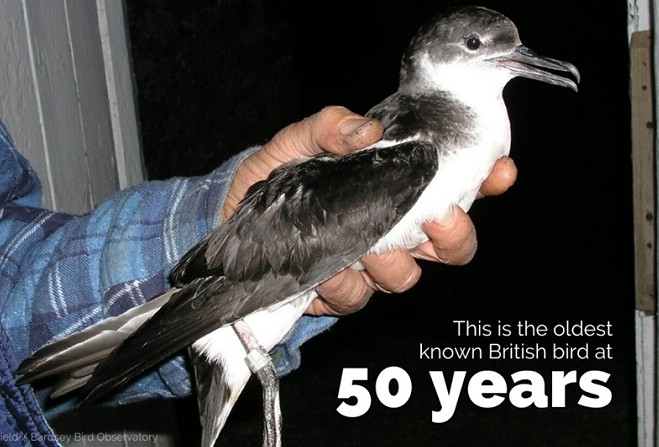 Species recently featured on Radio 4's Tweet of the Day

The Manx Shearwater is the oldest known bird in Britain, according to the British Trust for Ornithology.

It was tagged as an adult at the Bardsey Bird Observatory in Wales in 1957, and was caught again in the same place nearly 50 years later.

The creature recently featured on BBC Radio 4's Tweet of the Day, when Miranda Krestovnikoff said the species are the world's 'greatest travellers':