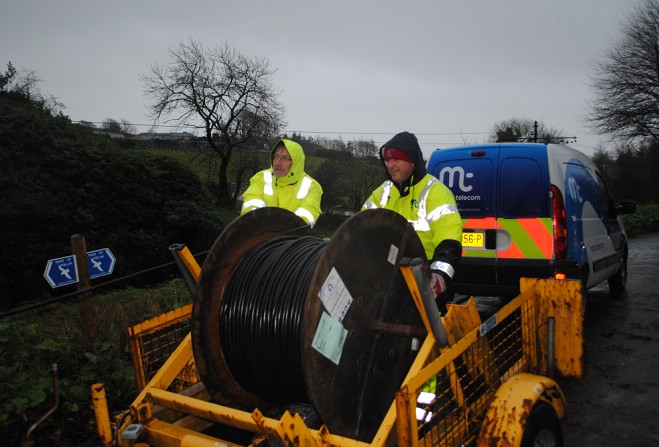 Manx Telecom staff have been working to minimise disruption to homes and businesses affected by the storms over the last few days.

Since Thursday evening the company has had five teams on duty, and received reports of more than 70 storm-related faults over the weekend.

Workers were also out in force to resolve the problems caused by the bridge collapse in lower Laxey.

Copper wires attached to the structure remain under threat, which still leaves over 300 fixed lines and related internet services in the area at risk.

As part of the emergency work in Laxey, over 90 fixed lines were rerouted over the weekend to maintain services.

Voice and data services were also rerouted to provide connectivity for both Laxey and Dhoon primary schools.

Manx Telecom will now continue to liaise with the Department of Infrastructure on the long-term work required to rebuild the bridge and provide temporary structures, over which to route existing services.

The priority over the next few days is to restore services to customers who cannot make or receive phone calls due to storm and water damage, and help businesses affected by flood damage which has affected their telecoms services.