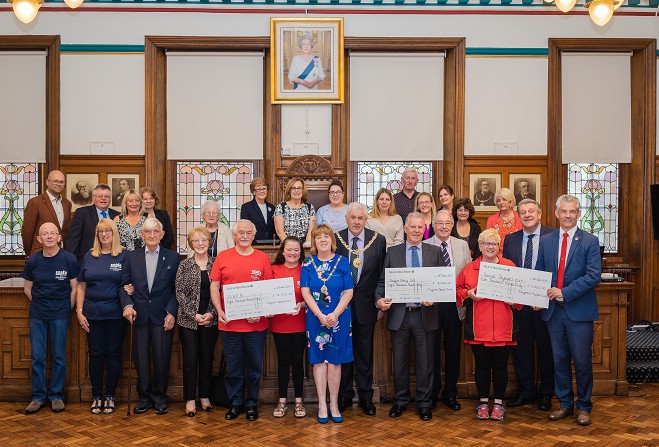 'Touched and humbled' by work of charity volunteers

Three charities were selected by the Mayoress, Angela Joughin and the Mayor, Jon Joughin for the year-long campaign:  the Rotary Club of Douglas and SSAFA Isle of Man, who received £8,000 each, and Special Olympics, which received £5,000.

At a reception at Douglas town hall to present the cheques to the charities’ representatives, Mrs Joughin spoke of the ‘tremendous support’ she and the mayor had received from the charity appeal committee, volunteer organisations, individuals and a number of  local businesses.

She added that they had been ‘touched and humbled’ by the work and selfless dedication of the charity volunteers they had met during their year in office and presented ten additional local good causes with £200 each.