On Air Manx Radio Breakfast Ben Hartley & Sian Cowper | 7:30am - 9:30am
Jackson Five - I Want You Back Download

Medical director 'should have been offered another role' 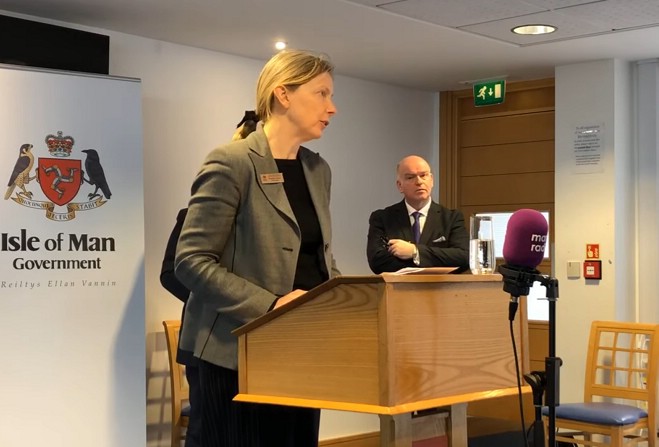 Dr Ranson was given notice in August last year

The health department 'should have offered its medical director another suitable role' after she was given her notice in August last year.

A tribunal has heard Dr Rosalind Ranson should have had the opportunity to discuss vacancies within the Department of Health and Social Care.

Details of an email between the doctor and the then chief executive Kathryn Magson confirmed the medical director was given her notice in August last year.

She contacted Ms Magson to discuss a vacancy for a health advisor position but the CEO insisted she was not aware of the legal obligation to offer her another job.

Clare Conie told Dr Ranson's legal team that a discussion about the role should have happened and that if it was found to be suitable she should have been offered the job.

Mrs Conie was also grilled about the decision not to move Dr Ranson to Manx Care to continue the medical director's duties with the healthcare body and whether this constitutes unfair dismissal.

The panel was told Andrew Foster, the chair of Manx Care, contacted Dr Ranson following his appointment to say he thought they would get on and that she would also get on well with the organisation's chief executive Teresa Cope.

Mrs Conie admitted this shows there had been a belief that Dr Ranson would transfer to Manx Care and that there was no mention of a medical director role remaining with the department until January 2021.

The tribunal also heard from the former director of children and families, Debbie Brayshaw, about her experiences working alongside Dr Ranson and Ms Magson.

She said she'd been impressed with Dr Ranson's help on a safeguarding matter and had allowed one of her staff members to work for Dr Ranson when she was short of resources during the Island's first lockdown.

However Ms Brayshaw said she was told to withdraw the officer from Dr Ranson's office, by Ms Magson, despite insisting she didn't need the staff member full time.

Ms Brayshaw, who retired last March, discussed her relationship with Ms Magson claiming she doesn't believe Ms Magson would always listen to professional views from the clinical team or would not seek guidance at all.

She outlined one incident where she had had a 'robust exchange' with the chief executive, after Ms Magson had failed to consult her over a safeguarding issue, and claims others had similar experiences with her.

Discussing the setting up of Manx Care Ms Brayshaw said it wasn't compliant or fair that Dr Ranson hadn't moved to the new board stating she understood all operational staff would be transferred.