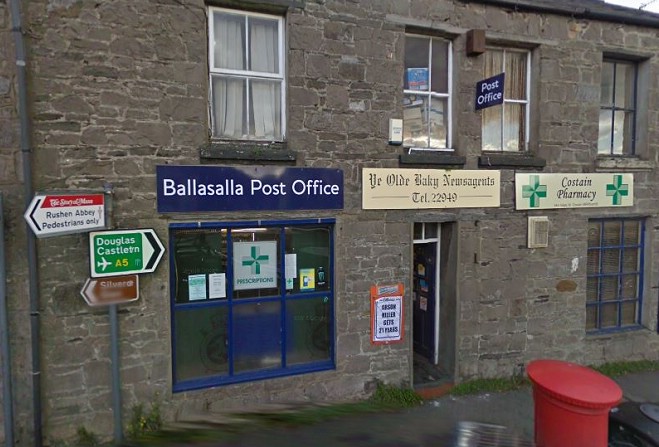 Presentation to be followed by Q and A

An MHK says the uncertain future of Ballasalla Post Office is "the perfect example of everything a number of [Tynwald members] were saying would happen."

The Post Office strategy was approved by the court, 'unfortunately', according to Lawrie Hooper, who is a critic of its plans for the Island's network:

There's a public meeting in Ballasalla tonight, to discuss the future of the branch - it gets under way at 7pm in the village hall.

The chair and board of the Post Office will give a presentation, which will be followed by a question and answer session.

Meanwhile, the Post Office has issued a statement in response to Mr Hooper.

"Isle of Man Post Office refutes the comments made by Ramsey MHK Lawrie Hooper today regarding its consultation on the proposed service changes in Ballasalla.

"Consultation is one of the six principles agreed by Tynwald in October when IOMPO’s strategy to modernise its retail network was approved, and IOMPO will follow this accordingly.

"IOMPO commenced its consultation on Ballasalla Post Office at the earliest opportunity, in line with its contractual obligations with the outgoing sub postmaster. IOMPO is seeking feedback on its proposal which recommends the current counter service is superceded with a more sustainable and affordable self-service kiosk for bill payments and postal services, as well as a parcel drop off facility.

"IOMPO wishes to remind all interested parties there is still time to submit feedback on the proposed changes ahead of the consultation deadline of January 24. This can be done by emailing Ballasalla.Service.Changes@iompost.com or by post: PO Box 82, c/o Ballasalla Service Changes, Douglas, IM99 1EB."