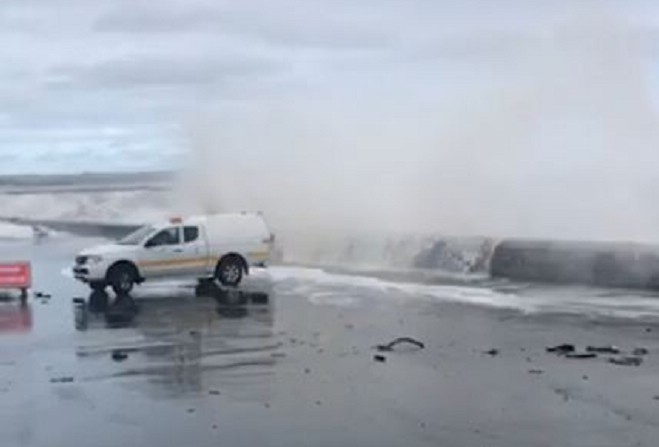 Around 100mm of rain recorded in certain spots

The Met Office at Ronaldsway has issued a statement, which explains why it didn't upgrade weather warnings from yellow to amber earlier.

Parts of the north and east of the Island have been particularly badly hit by the heavy rain and flooding, with Glen Road in Laxey suffering severe damage.

Two yellow 'be aware' warnings for heavy rain overnight and coastal overtopping were issued by the Met Office yesterday.

That was upgraded to amber earlier this morning, which warns people to be prepared for higher risk of disruption and significant damage.

The statement issued by the Met Office says:

"For most of the Island, rainfall amounts overnight were in line with the warning issued yesterday 30th September: ie 20mm here at Ronaldsway, 36mm at Druidale.

"However, as the small low centre passed overnight, there was clearly some sort of localised embedded downpour, giving a huge amount of rain over a small area: remote gauges at Corrany and Mountain Box recorded around 100mm of rain from yesterday afternoon though to this afternoon.

"Earlier this morning, when it was apparent what was happening, the Yellow warning was upgraded to Amber.

"With regard to the strong to gale force NE winds and coastal overtopping; that was as forecast and in line with the warning issued yesterday."