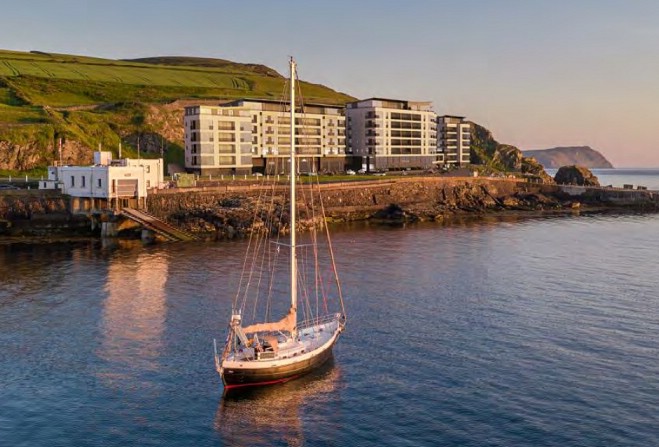 New plans have been submitted to transform the former Marine Biological Station in Port Erin into flats, a restaurant and retail units.

The developer has now revealed more details about what it intends to do with the derelict site, and is seeking the approval of planners before the project can begin.

Once home to a thriving community of students from the University of Liverpool, the Marine Biological Station has been left unused since 2006, and was badly damaged in a fire in 2016.

Delgatie purchased the site for £500,000 in 2018, and a year later, received approval in principle for a mixed-used development.

It's now put forward detailed plans to demolish the existing buildings and replace them with four new blocks, the tallest of which will be seven stories high.

These will include no more than 83 apartments, 14 of which will be 'apart-hotels for tourists.

A restaurant, exhibition space, and retail units will also come with the new development.

Around 160 car parking spaces will be created, some of which will go in two newly created basement levels.

The developer argues the redevelopment of the area will greatly improve the views, and provide facilities for residents and visitors.

You can find out more about the plans through the government's planning portal.