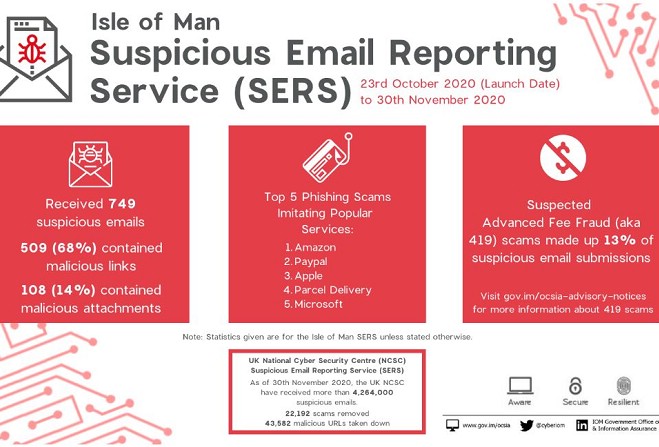 More than 700 suspicious emails have been reported to police, since a service was launched in October.

People have been encouraged to forward on any mail they receive that they're unsure about, to the Suspicious Email Service.

Since the 23 October, 749 emails have been sent to the service, more than two thirds (68 per cent) of which had malicious links.

Among the mail, the top scams imitated popular companies, such as Amazon, Paypal and Apple.

Police have thanked the public for using the service and asks people to continue using SERS.

If you think you've been sent a suspicious email, you're encouraged to forward it to sers@ocsia.im.