On Air Alex in The Afternoon Alex Brindley | 3:00pm - 5:30pm
D:ream - Things Can Only Get Better Download 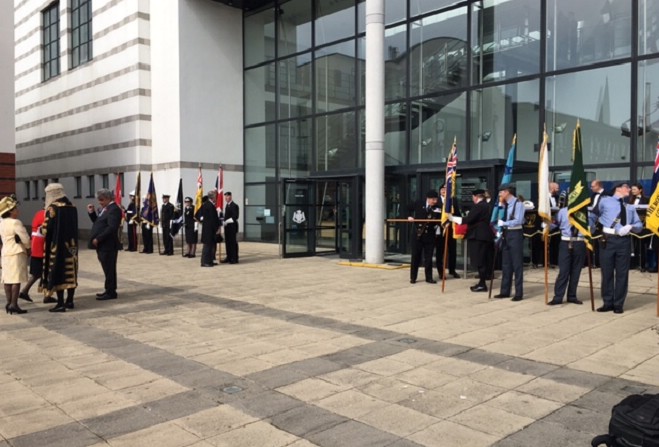 A new era in Manx public life has begun, with Sir Richard Gozney sworn-in as the new Lieutenant Governor of the Isle of Man.

Sir Richard took the oaths of office in a formal ceremony conducted by First Deemster and Clerk to the Rolls David Doyle, in the courts complex in Douglas.

A career diplomat, Sir Richard promised to work in 'lock step, in tandem' with the Manx government, to further its aspirations over the next five years.

In a break with tradition, the ceremony took place at the Courts of Justice in Douglas, rather than in the traditional Court Room setting at Castle Rushen in Mann's ancient capital.

That venue was not in a suitable state of repair to host the swearing-in, but Sir Richard and Lady Gozney's first engagement will be a visit to Castletown this afternoon.

School children, local residents and civic leaders are expected to greet them during a walkabout.

The visit will follow a reception hosted this lunchtime at Government House.

Members of Tynwald were among those assembled outside Douglas courthouse, for the arrival and departure of the Governor's party.