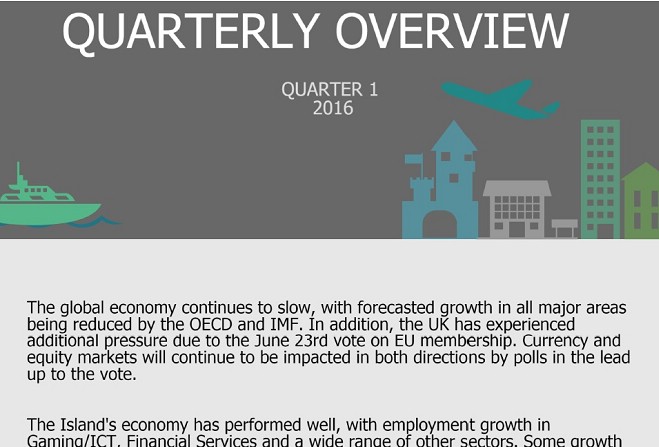 The government’s unveiled a new, easier-to-read look for its quarterly economic report.

The document, which gives insights into data such as inflation, house prices and unemployment, now features infographics and highlights as well as weighty tables of numbers.

In the latest issue, which covers January, February and March, the report says unemployment is down, house prices and population are stable and inflation is on the rise.

There’s some bad news for shipping – with job losses in the ship management industry and a fall in the number of ships on the Manx register.

The new-look document, which is produced for the Council of Ministers, has been welcomed by Chief Minister Allan Bell.

He says the new format will make it easier for people to understand the complex web of issues which make up the Manx economy.

Some of the headline figures paint a pleasing picture – with footfall in Douglas town centre up by almost a third on last year’s figures.

Others, however, aren’t so promising – in the construction industry there are 87 people out of work chasing just 16 jobs.

You can find the report on the government’s website gov.im