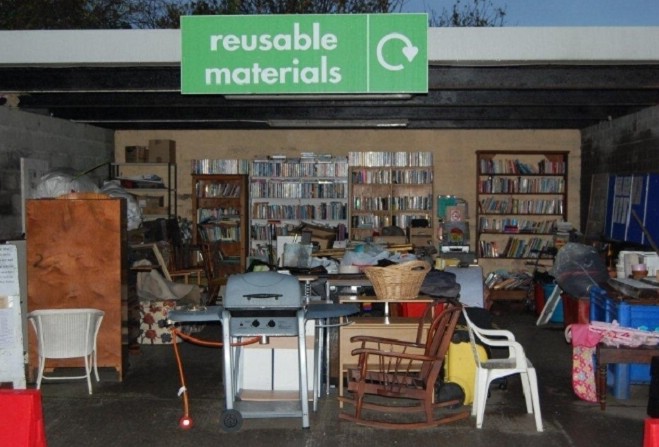 The chairman of the Southern Recycling Centre board says he still can't say when the reuse area will open.

Known locally as 'Harrods', it's been shut for more than a year over safety concerns, as the land underneath the building had begun to sink.

Jerry Ludford-Brooks says the board are seeking quotes for repairs, after an engineer's report showed the issue wasn't as serious as first thought.

A board meeting will be held later this month, after which Mr Ludford-Brooks hopes progress will be made on reinstating the popular area.

It comes after a time of change at the site, with a new layout established to address the problem of larger vehicles manoeuvring at the centre, which had caused a few 'near misses'.

Wagons are now made to come before the public opening time at 10 am to offload waste.

The administration of the centre has also changed hands, between two of the six southern local authorities which run it.

As of this month, Port Erin Commissioners now manages the facility, following a tender process in which the authority was the only bidder.

Mr Ludford-Brooks says despite the change, users should see no difference in the way the centre is run.