On Air Night Flight | Midnight - 6:00am
Christine And The Queens - 5 Dollars Download

'No issue with any of our products' stresses creamery boss 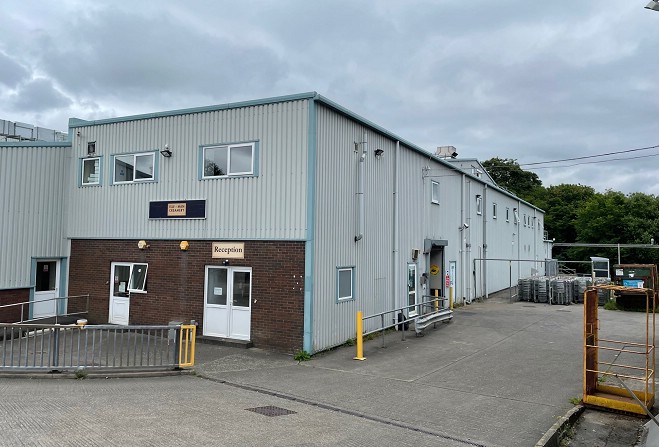 The boss of the Isle of Man Creamery says there's 'absolutely no quality issues' with any of its products.

It's after a Tynwald committee found problems with the way the Department of Environment, Food and Agriculture regulates the dairy sector.

Findlay Macleod says the milk, butter, cream and cheese produced by the cooperative complies with 'high standards' to meet requirements for export across the world.

But he's raised concerns about one of the two dairies which doesn't supply the creamery and sells it's own milk directly to local customers:

DEFA says it has no serious concerns about the products provided by the producer in question.

The Isle of Man Creamery is one of three suppliers of Manx milk in the domestic market.

It's a cooperative of thirty dairy farmers which sells nationally and further afield to the UK, Australia, America and the EU.

Products are tested by an on-site laboratory which is independently accredited.

The other two 'producer-suppliers' who bottle and deliver their own milk are Cooil Brothers in Port Erin and Aalin Dairy in Sulby.

The Cooil Brothers also provide milk to the IOM Creamery but Aalin Dairy hasn't since 2019.

Mr Macleod says the creamery found problems with the quality of Aalin Dairy's product and called in DEFA as the regulator to investigate.

'It was frustrating that this producer has been making a product which doesn't meet hygiene regulations on a consistent basis'.

In response Aalin Dairy said its practices are developed in accordance with Environmental Health guidelines and inspections are regularly undertaken.

Mr Macleod, who's the cooperative's managing director, is concerned any negative press around the quality of Manx milk could have a damaging effect on its reputation and ability to export.

The issue has come to light after the Environment and Infrastructure Policy Review Committee published a report into regulation of the dairy sector.

It found problems with the process and standards of DEFA's milk testing regime, the frequency of sampling and inspection as well as transparency over the results.

The report highlights concerns over enforcement, public knowledge of the risks posed by certain types of packaging and potential conflicts of interest in the sector.

It's concerned DEFA's 'dual role as regulators and promoters could be seen to lead to a reluctance to deal robustly with individual producers in order to protect the reputation of the industry.'

The overlap between the Milk Marketing Association (MMA), as the licensing authority, and the IOM Creamery as the commercial arm has also been called into question.

As part of the committee's inquiry Aalin Dairy explained its concern that it was being 'licensed by our competitor!'.

It's requested arbitration over what it claims are the anti-competitive practices of MMA and the creamery.

The committee expresses concern that the tension between Aalin and the creamery over regulation of the sector 'may have contributed to the matters raised'.

Mr Macleod told Manx Radio that claim is overstated saying: "We do not see them as competition. We believe they supply around 250,000 litres a year. We supply at 6,250,000 litres. So we don't see either of the glass bottle suppliers as major competitors in the local milk market."

In conclusion the report calls for a complete overhaul of how the sector is regulated in the long-term.

More immediate recommendations include a food rating scheme for greater transparency, a clear escalation framework for quality issues and more open cooperation between MMA and DEFA.

The department says a number of these proposals are already being developed - including a food hygiene rating scheme which will go before Tynwald this month.

DEFA has added that it 'intends to review how the Agricultural Marketing Act 1934 relates to the issues raised in the report and concerns raised by dairy sector themselves.'