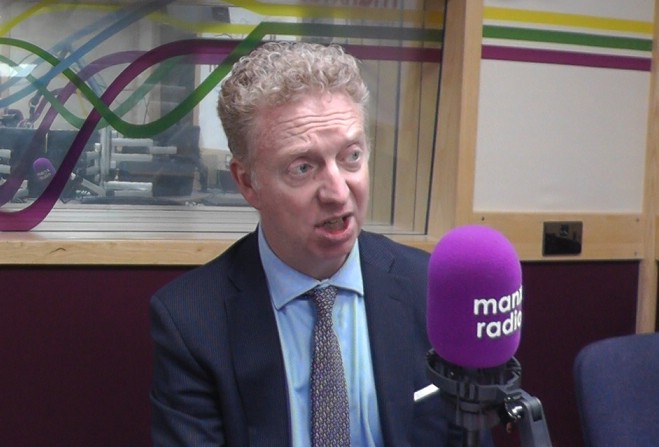 Treasury says there isn't the money available to give Island teachers the pay increase they want.

It's as discussions resumed between trade unions and government today, having been paused in the middle of March.

The Joint Trade Unions are 'deeply disappointed', saying "government stated they had no position on which to negotiate a resolution to the pay dispute."

'Shocked and frustrated', the ASCL, NAHT, NASUWT and NEU said "government’s position is nothing less than shameful" in a strongly-worded statement issued to the media after the meeting.

Damien McNulty is the National Executive Member for NASUWT.

Dollin Mercer got his reaction after talks stalled once more:

In response, Education Minister Dr Alex Allinson says government has "engaged in pay talks... having made numerous offers over the last eight months, which were all turned down."

Dr Allinson says finances have changed as the circumstances have, throughout the Covid-19 crisis.

He added: "it is unfortunate that the English trade union representatives appeared unable to appreciate the unprecedented demands on government's finances as a result of the pandemic."

Dollin Mercer spoke to him:

You can read the statement issued by Dr Allinson in response to the Joint Trade Unions here:

"The Isle of Man Government has engaged in pay talks with representatives of all of the recognised teachers’ unions, including local and national officials, earlier today.

"The talks were arranged in conjunction with the Manx Industrial Relations Service (MIRS) in order restart discussions in relation to the teachers’ pay disputes.

"Having made numerous offers over the last eight months, which were all turned down by the trade unions side, the Isle of Man Government made clear that circumstances had now changed following the health emergency.

"Whereas earlier in the year, it had been hoped that new resources might be available to support a pay offer over and above that agreed and implemented for teachers in England, budgetary constraints caused by the pandemic have meant that no such commitment can be given.

"Therefore, any additional pay over the 2% already provided by Treasury would have to be met by efficiency savings within the Department of Education, Sport and Culture.

"The Isle of Man Government made it clear that it was committed to continue negotiations on pay and conditions but did not want these to result in cuts which would affect the education of young people on the Island.

"The trade unions reiterated their position that they were seeking the same pay settlement as teachers in England with an additional 9% spread over three years in addition to unconsolidated lump sums to the value of £1.75 million for those on the upper and leadership pay scales.

"While I recognise the valuable contribution made by teaching staff during the pandemic, it is unfortunate that the English trade union representatives appeared unable to appreciate the unprecedented demands on Government’s finances as a result of the pandemic.

"With goodwill on both sides we are still optimistic that trade unions and Department officers will be able to reach a positive resolution to the current pay disputes in the near future."