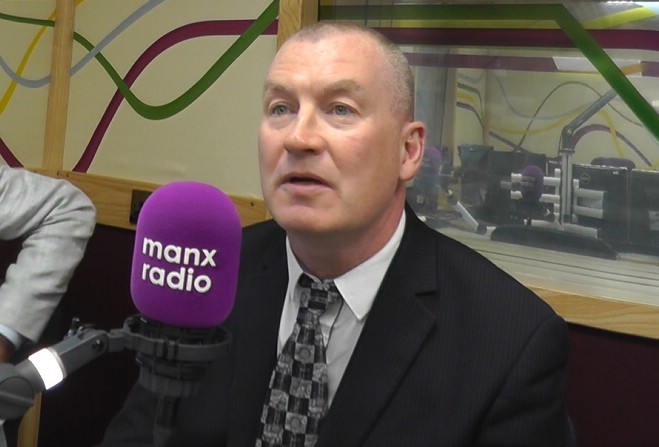 The linchpin of a public campaign for fairer gas prices on the Isle of Man says he no longer has any "major gripes" with Manx Gas.

Barry Murphy has led the vocal and visible demonstrations over a number of years, and he's also behind the lobby forum 'IOM GAS CUSTOMERS WORKING GROUP' on Facebook.

Speaking on Manx Radio's Perspective programme, Mr Murphy says he doesn't feel the company has overcharged its customers, and the blame should lie elsewhere:

Appearing alongside Mr Murphy in the panel discussion was Douglas Central MHK Chris Thomas, who is the former Policy and Reform Minister.

He oversaw government's negotiations with Manx Gas until he was dismissed from the Council of Ministers in May.

They were also joined by Ramsey MHK Lawrie Hooper, who is a current member of the Cabinet Office.

At the July sitting of Tynwald, current Policy and Reform Minister Ray Harmer promised to have the terms of a new regulatory agreement with Manx Gas ready by the time politicians come back from their summer break.

The previous agreement expired at the beginning of this year.

Dollin Mercer asked Barry Murphy what he'd like to see in that new deal.

He wants any new agreement to include tracking the OFGEM price cap, a social tariff, and a 'proper regulator' to replace the Office of Fair Trading.

Meanwhile, gas consumers are paying the price of reduced electricity costs and climate change policy, according to Mr Thomas, who called for government to outline its plans for tackling gas prices on the Island.

He added that those who use gas need to know what's happening:

Mr Hooper reassured listeners that an investigation has been carried out, and work on legislation is underway:

You can listen back to the programme in full as a podcast here, or you can watch an extract below, as the guests reflected on three years of protest about gas prices on the Isle of Man: