On Air Manx Radio Breakfast Ben Hartley & Sian Cowper | 7:30am - 9:30am
Huey Lewis And The News - The Power Of Love Download

Number of coronavirus cases rises to 23 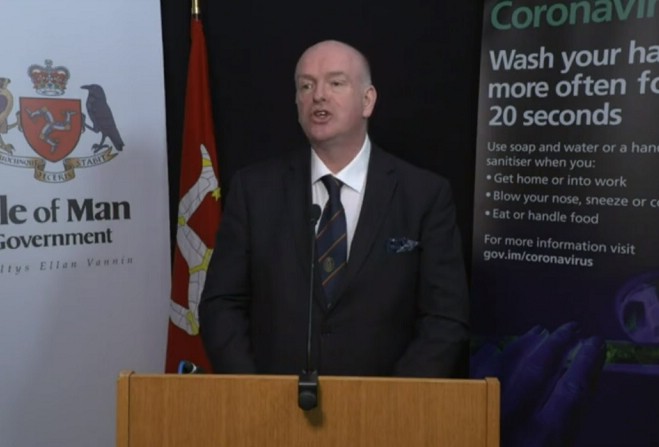 Three more cases of coronavirus have been confirmed in the Isle of Man since the last update, which came through this morning.

The total now stands at 23.

Once again, the government says the patients have been instructed to self-isolate and are not being treated at the hospital.

At this afternoon's media briefing, Chief Minister Howard Quayle also had this warning for the Island's population:

In terms of age ranges, the oldest patient is 75, the youngest in their early twenties.

The minister confirmed all non-urgent dentistry services have now been stopped; routine appointments have also been cancelled for the next three months.

The Promenade Medical Centre, which was due to close anyway, will close early, and will be respecialised to help out.

Cancer surgery appointments are being brought forward where possible, and cancer screening services are being stopped, as a direct result of actions in the UK.

Patients with appointments in the UK are encouraged to contact the hospital directly if they have appointments scheduled - not Noble’s directly.

Director of Nursing Cath Quilliam then gave an address to the media, with a direct plea to the public: “We are staying at work for you, please stay at home for us.”

She added that young people are “not immune, or invincible,” contrary to some common misconceptions.