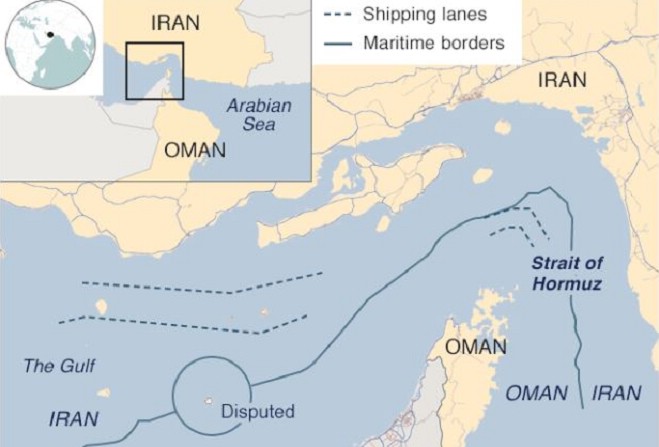 Iranian boats have unsuccessfully tried to stop an oil tanker, registered in the Isle of Man, off the country's coast.

The vessels withdrew from the strait of Hormuz after a warning from a UK warship.

"Contrary to international law, three Iranian vessels attempted to impede the passage of a commercial vessel, British Heritage, through the Strait of Hormuz.

"We are concerned by this action and continue to urge the Iranian authorities to de-escalate the situation in the region."