Onchan residents to speak up ahead of Area Plan inquiry 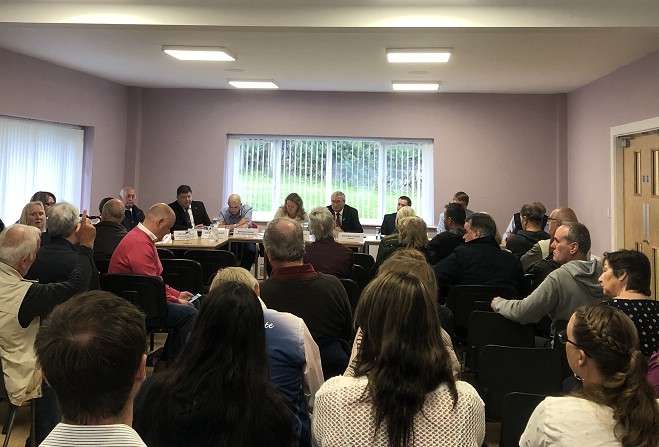 Around 60 attend public meeting on proposals

Onchan residents must make their voices heard if they want to prevent the village from being overpopulated.

That's the call from Onchan District Commissioners as the deadline nears to submit evidence to the inquiry into the Area Plan for the East.

The local authority held a public meeting last night, attended by around 60 people, as it prepares to make its submission.

Concerns include the demand on infrastructure, emissions from traffic and the short deadline for views to be put forward.

Sian Cowper spoke to chairman of the commissioners Robin Turton after the meeting:

Among those to speak at the meeting was Onchan MHK Julie Edge, who raised questions about funding for the additional infrastructure needed.

She spoke to Sian afterwards:

Onchan District Commissioners have been given an extension to the deadline for evidence to 22 August.

Residents who want their views to be considered as part of the local authority's submission must get in touch with the board before Monday.