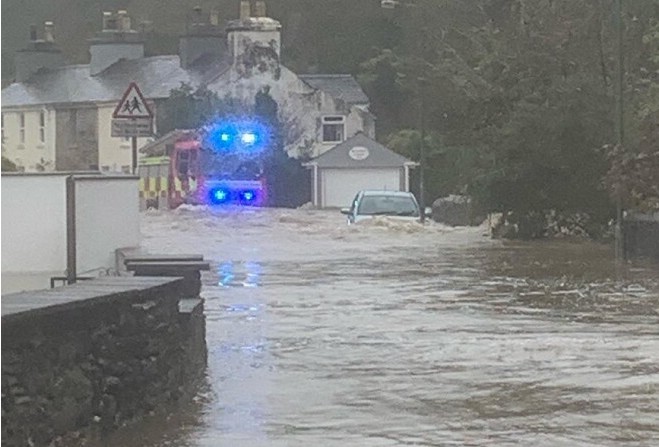 Appeal launched for those affected by severe flooding

An appeal has been launched by Onchan Rotary Club to raise funds for those affected by the severe flooding in Laxey.

It's to help residents find emergency accommodation, and pay costs that insurance may not cover, such as clothes and repairs to make homes habitable as soon as possible.

Zurich International has donated £25,000 to kick-start the fund, meaning help can be offered straight away, according to coordinator Nigel Dobson.

He says every penny will be put to good use, with all donations distributed to those villagers in need of assistance.

President of Onchan Rotary Doctor Frank Vaughan, a resident of Laxey, adds that after sending thousands in overseas aid, it's right to address 'a real hardship on our own front door'.

On Tuesday (1 Oct) substantial damage was caused to property and the personal belongings of residents on Glen Road, after the village was hit by a major flood.

As local authorities cannot fundraise, Garff Commissioners asked the Rotary Club to launch the appeal with the help of Mr Dobson, who's a member of both organisations.