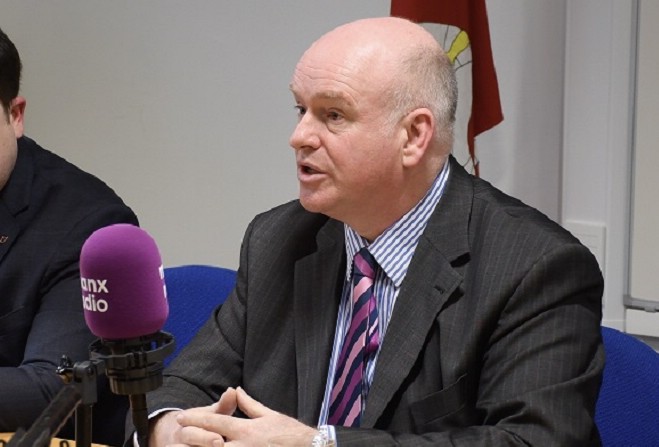 The chief minister says delays in dealing with planning appeals will lead to 'economic stagnation'.

Howard Quayle's comments came in the House of Keys this week, as he sought to defend a failed bid to have written submissions only at virtual planning inquiries.

The motion, which was defeated in Tynwald by the Legislative Council, was intended to help 'speed up the backlog of appeals'.

But critics said removing the right to speak at inquiries would affect the fairness and transparency of the process.

There are 27 outstanding appeals, including Manx Utilities' plans for major sewage treatment works in Peel and Laxey.

The proposal was put forward in emergency regulations, and was billed as a short-term solution, with the promise of a return to normal when possible.

It was also to account for the problem of getting an inspector to the Island in-person to host inquiries.

Douglas Central MHK Chris Thomas was sacked from the Council of Ministers recently for his objection to it, and revisited the subject during the House of Keys question session this week.

Mr Quayle said GTS advised use of 'Microsoft Teams' to host inquires was problematic, with issues to do with connection and the validity of appeals.

The chief minister says the 'in-writing only' solution was devised by officers, and was deliverable in the short-term.

In the UK, virtual planning appeals have taken place using 'Teams', software the planning committee in Jersey has also used to meet publicly.

The Island's planning committee continues to meet amid the pandemic, but not in public, with all applications which are deemed controversial 'deferred'.

In response to the chief minister, Mr Thomas suggested it was misleading to suggest the software couldn't be used.

He said 35 planning appeals have been considered virtually in the UK, with 2,500 planning decisions made since lockdown.

The Douglas Central MHK also wanted to know what those making appeals thought about the 'written-only' solution.

Mr Quayle said appellants had 'mixed views', but Mr Thomas, who until recently was privy to CoMin meetings, said in his experience, that wasn't true.

In response, the chief minister said 'I don't deal with this, I left it with officers'.

He added the Department for Environment Food and Agriculture, the Cabinet Office and GTS are now developing a virtual solution, with the DEFA Minister Geoffrey Boot expected to give an update on this soon.

Mr Boot clarified his department 'has engaged a UK inspector who said he'd be willing to come over, and it may be possible to instigate the inquiry process soon'.