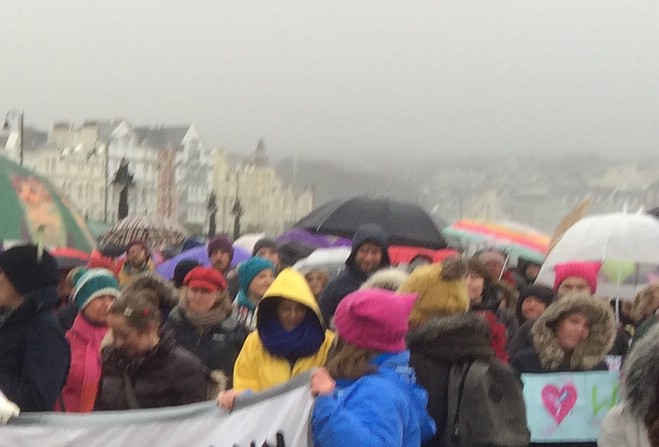 Police have thanked the public for not stirring unrest at public protests - and reaffirmed that everyone has a right to express their views.

A statement from the Isle of Man Constabulary has been issued following a number of demonstrations in recent weeks.

In a display of solidarity, marchers literally 'turned a blind eye' to the protest as they walked by.

The Isle of Man Constabulary says work has been taking place 'behind the scenes' to ensure peace, and the rights of protesters on all sides, are upheld.

Human rights laws guarantee the right to assemble for all.

That's regardless of how extreme or distasteful the viewpoint, according to police.

While criminal damage or assault at protests will not be tolerated, they say the force will rigidly defend everybody's right to make their voices heard, unhindered by others.