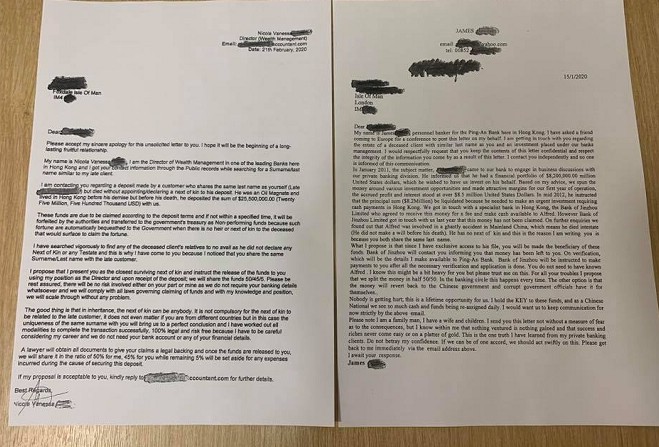 Police are urging caution after a number of Manx addresses received scam letters.

The Isle of Man Constabulary says it's had a large number of copies handed in, which inform the recipient they've inherited millions.

Officers warn it's a fake, and believe those behind the scam are using the Manx phone book to target local residents.

Anyone who receives such a letter is urged to ignore it and throw it away.