On Air Early Breakfast George Ferguson | 5:00am - 7:30am
Carolina Gaitán - We Don't Talk About Bruno Download 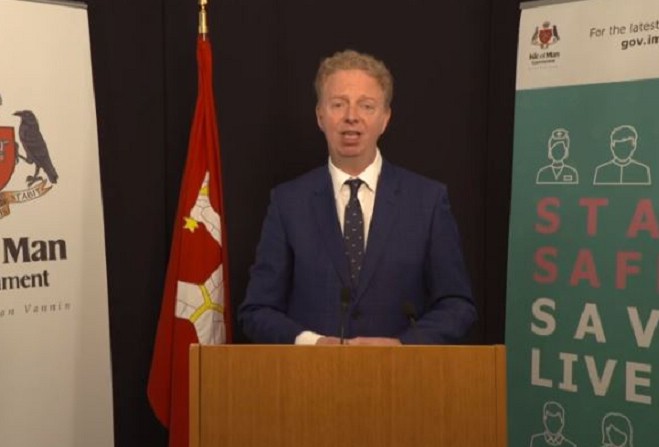 This administration's political members for the Department for Enterprise have been announced.

Onchan MHK Rob Callister stays in post representing Visit Isle of Man and Motorsports, as does MLC, Peter Greenhill, for Finance Isle of Man and as Manx National Heritage Trustee.

Dr Alex Allinson said: 'We are now at a significant point in the further development of our economy – with recovery from COVID ongoing and the creation of a new economic strategy underway to establish a framework for the Isle of Man’s long term vision.

'I’ve selected a team of members that have a wealth of experience in business and government to drive forward new policies, products and promotion for our Island.

'I am extremely pleased that Rob has agreed to continue with his role as member for Visit Isle of Man. He has been an integral part of the Visit Agency since inception and has helped to support the industry throughout a very difficult period.

'His experience and commitment will be essential as we work to rebuild our visitor economy.'

'I am appreciative too that Peter has agreed to widen his remit as member for Finance Isle of Man into supporting Manx National Heritage and delighted that we have two new members joining the Department.

'Ann will be helping shape our response to the Island’s skills shortages – the single biggest challenge facing our businesses, and will also become a member on the Digital Isle of Man Agency who are progressing with a number of exciting new initiatives.

'Tim will bring his extensive experience across a number of sectors and businesses to the benefit of our diverse Business Agency as well as oversee the extensive support schemes we provide under Enterprise Support.’

'I would also like to thank Daphne Caine MHK and Lawrie Hooper MHK for their tireless commitment to the Department over the last five years.

'Daphne oversaw the creation of the Digital Isle of Man Executive Agency and Locate Isle of Man, driving forward key initiatives such as the formulation of the Island’s blockchain office (later evolved to the blockchain accelerator programme) and the Island’s Locate strategy – enabling real growth in our working population.

'As part of Business Isle of Man, Lawrie was instrumental in building strong partnerships with industry, supporting new developments such as the Construction Isle of Man Body and the Medicinal Cannabis regulatory framework.

'They both supported a wide portfolio of initiatives and projects that will be a solid foundation for our new members and a springboard for our new plans going forward.'