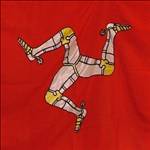 The Manx government's new Department of Economic Development will have four political members, as well as the minister, Allan Bell.

The same number will serve under Phil Gawne in the Department of Infrastructure, which will combine transport with the ports, harbours, roads and other functions.

The list of departmental responsibilities has just emerged, six days before the implementation of the new ministerial structure on April 1.

In Economic Development will be MLCs Clare Christian and Alex Downie, who moves from the present Treasury, and MHKs Juan Watterson and Geoff Corkish.

Infrastructure will enjoy the services of David Callister, MLC, and Graham Cregeen, Tim Crookall and David Quirk from the lower chamber.

Those five MHKs were all voted in for the first time at the 2006 general election.

Brenda Cannell and Quintin Gill will be at David Cretney's shoulder at the newly created Department of Community, Leisure and Culture.

Mr Butt is also the single political member in the Department of Health, with his minister David Anderson, while MHK Bill Malarkey retains his position in Home Affairs.

He also has a new role in the Department of Social Care, now a separate department to Health, where he will work with Bill Henderson, MHK.