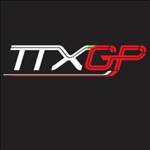 Plans to put on additional sessions on four days during TT practice week have been abandoned.

TT organisers confirmed the news last night, after nearly seven hours of talks at the headquarters of the Department of Tourism and Leisure.

The plan had been for an extra hour to be added to accommodate riders competing in the first 'clean emissions' race, the TTXGP, with roads closing at 4pm.

But, following a negative reaction from the public, marshals and medics, the idea has been dropped.

It means the mountain section of the course will close at the usual time of 5pm, with the rest of the circuit closing an hour later.

Tourism and Leisure Minister Martyn Quayle is standing by the reasons behind the planned extra sessions.

"I think we need to understand exactly why the original decision was taken, only a few weeks ago, and that was to enable as many riders as possible to qualify for the TTXGP.

"That was going to be a mixture of TT riders and those who usually ride in the Manx Grand Prix and the extra practice sessions would have been successful in allowing the extra riders to take part."

"No, I wouldn't agree with that at all.

"The politicians work very closely with all those professional people within the different committees.

"The politicians are there to work with the officers and to take the best professional advice, to evaluate that and to make a decision in what is considered the best interests of the Isle of Man.

Last night's decision means only riders who have qualified to take part in the four solo TT classes will be eligible to compete in the TTXGP.

However, to encourage more entries, registration for the event will now be permitted up to May 29, two weeks before it's scheduled to take place.