Post Office issue "too hard for CoMin to grasp" 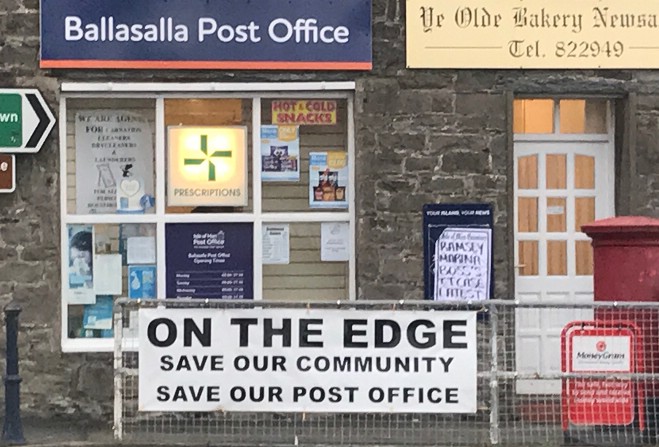 Baker hits out after adjournment to June

An MHK says he feels the ongoing debate over the Isle of Man Post Office is "too hard for CoMin to grasp":

Tim Baker was one of several members of Tynwald seeking that the future and remit of the organisation be scrutinised by the Economic Policy Review Committee as a matter of urgency - of which he is a member.

He - along with his colleagues on that panel, Jason Moorhouse and Chris Robertshaw - made efforts to bring the topic under their committee's remit for further investigation, with emphasis on the impact on a community when post office services are lost.

Mr Robertshaw wanted the MiCard system for the delivery of pensions and benefits through sub-post offices to be continued until at least the end of 2024.

He also wanted to see driver and vehicle licensing provision continued until the same time, and sought a mandate for the committee to formally report on these issues by May: 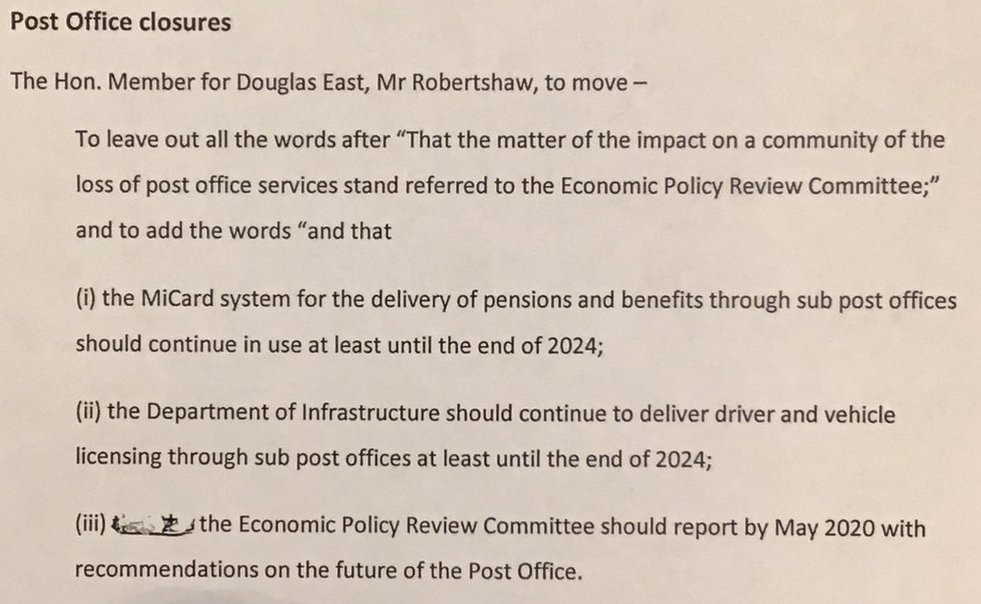 In addition, Mr Baker added his view that branches of the post office should not be closed where a replacement sub-postmaster could be found.

However, treasury member Bill Shimmins argued that all of these debates should instead simply be adjourned until June - a move which was favoured by his Tynwald colleagues.

Mr Baker argues that successful adjournment is just a case of politicians kicking the issue into the long grass, and told Manx Radio's Tim Glover he is really frustrated with the decision:

However, Chair of the Isle of Man Post Office Julie Edge told Dollin Mercer she welcomes the move:

In the House of Keys, there were 13 votes for the adjournment, and 10 against.

In the Legislative Council, there were six votes for, and three against:

That means it will resurface in the June sitting of Tynwald, where, as the adjournment mover, Bill Shimmins MHK will have the right to speak first in the debate.